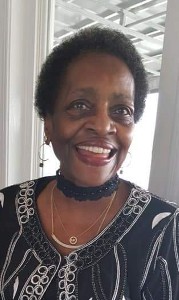 Jacqueline Louise Perkins White, known to many as Jackie, was called home to be with Our Father, The Lord Jesus Christ on Friday, March 5, 2021. Jacqueline was born to the union of James Andrew Perkins and Dorothy Louise Horner Perkins both of Suffolk. She grew up in Saratoga and later moved to Lake Kennedy. She left with her husband and family in 1976 for several military assignments and returned to Virginia in 1985. Soon after, she moved to Hampton with her husband and four of her five children in 1986.

A public viewing will be held from 4 to 7 p.m. Friday, March 12, at the Harris Funeral Home. A graveside service will be held at noon Sunday, March 14 at the Hampton Memorial Gardens. You may send condolences to the family at harrisfuneralhome.com.