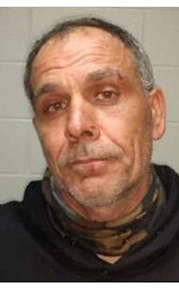 A man was arrested after police say he led them on a high speed chase from Gates County in Suffolk early Sunday.

The Gates County Sheriff’s Office responded to an alarm activation at the Family Foods in Gates at 12:42 a.m. Sunday, according to a Facebook post from the sheriff’s office.

The post stated the suspect led them on a high-speed chase into Virginia, where the Suffolk Police Department was able to assist the Gates County Sheriff’s Office in apprehending the suspect after he allegedly fled on foot.

The suspect has been identified as Charles Randall Babb, the post stated.

“Sheriff Campbell has worked with (us) for months and has kept us fully informed of his hard work and dedication to catching this criminal and getting him off the street,” the statement said.