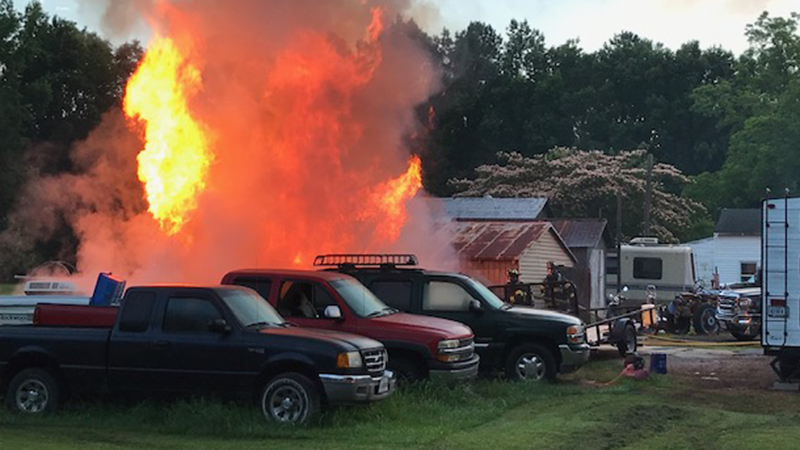 Suffolk firefighters put out this blaze at a residential garage Thursday morning. (City of Suffolk photo)

The fire was reported at 6:01 a.m., according to a city press release. The first units arrived on scene at 6:08 a.m. and found a detached garage fully involved with multiple exposures to a residence, camper, and multiple vehicles. The fire was contained to the garage, but the camper and other vehicles sustained heat damage. The fire was marked under control at 6:28 a.m. No injuries were reported. No one was displaced as a result of the fire.

The cause of the fire is under investigation by the Fire Marshal.