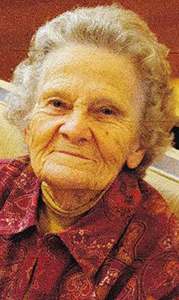 Mary Carr Butler went to be with her Lord on June 19, 2021. She was born in Isle of Wight County on March 27, 1935, daughter of the late William Holland Carr and Elsie Spivey Carr.  She was married to her beloved husband, Robert “Bobby” M. Butler Sr. for 68 years. She was predeceased by her sister, Elsie Duke, and brother-in-law, Matthew Duke, brother, William “Bill” Carr II, brother-in-law, Harry “Jack” Pettit, III, sister-in-law Margaret Carr, and nephew, William Holland Carr III.

She is survived by her loving children, Wanda Futrell and husband, Donnie, of Suffolk, and son, Robert “Robbie” M. Butler Jr. of Colosse; her cherished granddaughter, Dana Thompson and husband Gene; and dear great-grandson, Grayson, of Suffolk; as well as a host of cousins, nieces, nephews, and friends.

She graduated from Carrsville High School as valedictorian of the class of 1953. She was a life-long member of Colosse Baptist Church, Windsor. She was active in Women’s Missionary Union circle meetings, Sunday School, Bible School and participated in many activities of the church.

She was most proud of the fact that she had been a substitute teacher for almost 50 years in the Isle of Wight County School System. She received such delight when former students greeted her when out in the community. She was an elections poll worker for many years and only stopped due to the COVID pandemic. Her hobbies included sewing, cooking, bicycling, and gardening. She loved to take an unhealthy plant and nurse it back to life. She enjoyed spending weekends at Arrowhead Beach, N.C., attending yard sales, community clean-up, and potluck dinners.

She was an active member of WoodmenLife, Chapter 18, Franklin, and served various offices including president.

The family will receive friends in the home of Wanda and Donnie Futrell on Lake Cohoon Road, Suffolk. Visitation will be held at Wright Funeral Home, 206 W. Fourth Ave., Franklin, at 12:30 p.m. prior to the funeral service at 2 p.m. Thursday, June 24. Burial will be held at the Colosse Baptist Church cemetery, following the service. wrightfuneralhome.org