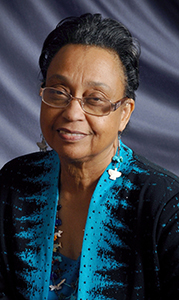 On June 25, 2021, Thaye Ann Richards Kearns completed life’s physical journey and accepted the blessings of eternity. Ann was a uniquely loving and caring person of tremendous faith and strength. She was an unpretentious person who liked who she was, was proud of what she was able to accomplish and was never reluctant to pursue her beliefs.

She was born in Suffolk to James Edward Richards Sr. and Martha Athalia Joyner Richards. Ann received a Bachelor of Science degree in mathematics from Randolph Macon Women’s College in 1969 and that same year married Curtis A. Kearns Jr. They began their married life in Washington, D.C. Professionally, she was an early childhood education teacher who taught, advocated for, and improved the lives of hundreds of children throughout her career.