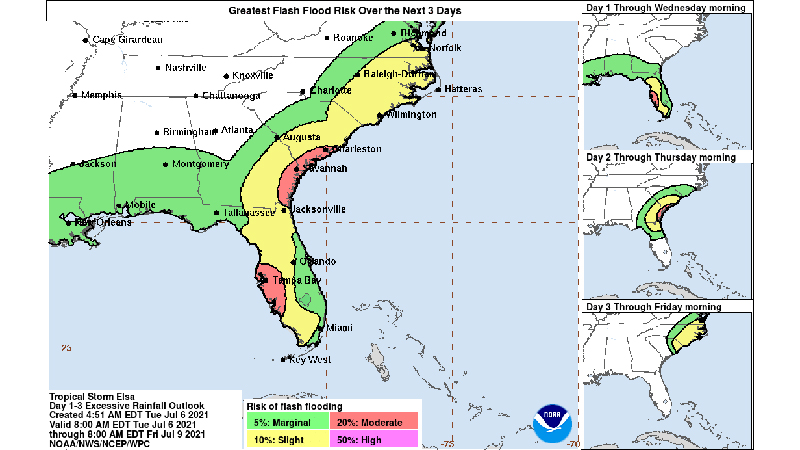 The storm, which had already impacted parts of the Lesser Antilles, Hispaniola and Cuba over the weekend, began affecting Florida on Monday and Tuesday and was expected to move across the Southeast the rest of the week.

“It’s looking like it’s more later Thursday afternoon into Thursday night that Elsa’s going to move up through this area,” said Andrew Zimmerman, a National Weather Service meteorologist based in Wakefield.

Zimmerman said the biggest impact will likely be heavy rain and the localized flooding it will cause. “There’s always at least a small threat of tornadoes with tropical systems,” he added.

Strong winds, however, will likely be concentrated more along the coast and out over the water, he said.

Zimmerman estimated perhaps an inch to an inch and a half of rain for our area. “More than likely, there will be some localized amounts that are in excess of that,” he said.

People are urged to continue to monitor the latest forecast and heed any watches or warnings that could be issued as the event draws closer, Zimmerman said.