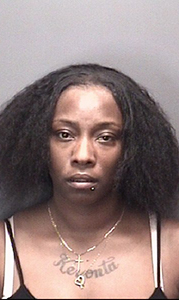 Suffolk Police have arrested a woman after her 8-year-old allegedly shot a 12-year-old on July 6.

Chasity S. White, 33, of Suffolk, is charged with reckless/leave loaded firearm, endangering child (a misdemeanor) and abuse and neglect of children endangering health (a felony).

Police were called to the 500 block of Kissimmee Avenue at 6:50 p.m. on July 6 and began an investigation. The preliminary investigation found that the 8-year-old male “acquired an adult’s firearm from a residence” and accidentally shot a 12-year-old male, a city press release stated.

White was the reported victim of a shooting into a residence that happened on Thursday. There were no injuries in that incident, which was not related to White’s arrest, Kelley stated. It remains under investigation, he added.

No additional information is available for release on either incident.