New signs will warn of trains 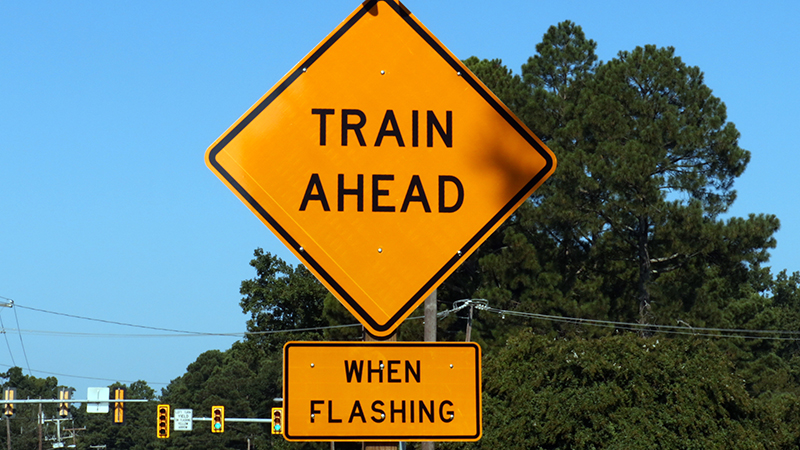 New signs will warn Suffolk motorists in and around downtown when a train is ahead in time for them to take a detour.

New signs will warn Suffolk motorists in and around downtown when a train is ahead in time for them to take a detour.

One sign has already been installed near the intersection of North Broad Street and West Constance Road, according to a city press release.

The sign, which reads “Train Ahead When Flashing,” will alert motorists that the railroad crossing on West Constance Road near Pitchkettle Road and Prentis Street is closed for a train. The sign is placed so that drivers have a chance to turn left onto Broad Street and cross over the tracks via the bridge.

“The railroad crossing on West Constance Road catches many motorists unaware because it is out of sight when approaching from North Main Street,” the press release stated. By the time it is in view, it is too late to do anything, except perhaps turn around if able.

The press release states that more, similar signs are planned. In coming months, a sign on southbound Main Street will be installed before the Constance Road intersection, and another sign on East Constance Road, both of which will help drivers avoid getting stuck at the North Main Street crossing near the Seaboard Station Railroad Museum.