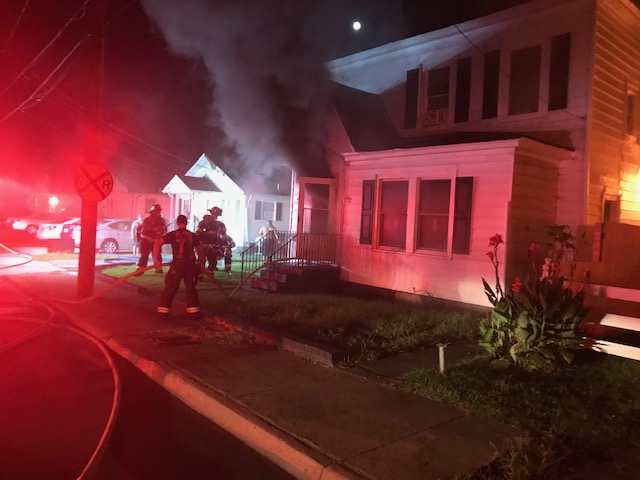 No one was injured but nine residents of an apartment building in the 300 block of Wellons Street were displaced after a fire early Sunday morning. Suffolk Fire & Rescue Photo

The fire has been ruled suspicious and the Fire Marshal’s office and Suffolk Police Department are investigating. Other responding units included Engines 3 and 4, Ladders 3 and 5, Medic 1, Rescue 6, EMS-1, Safety 1 and Fire Marshal 4 and 6.