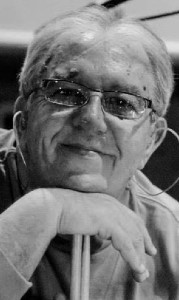 James “Jamie” Earl Alexander, 67, passed away on Sept. 15, 2021, surrounded by his family. He was born in Nansemond County to the late Myrtle Rountree and Earl Alexander. He worked as a salesman for East Coast Appliance for the last 12 years. He had a passion for music that started at a very young age and continued throughout his life. He lived behind his drums and loved performing. He played for numerous local bands, most recently Band-It. He played the drums so hard he was given the nickname Earthquake. To see Jamie play was to see him put his heart and soul into what he loved doing the most, the ultimate entertainer.

The family would like to thank Sentara Obici Hospital, the doctors, nurses and staff for giving Jamie the best care. A celebration of life will be scheduled for a later date.