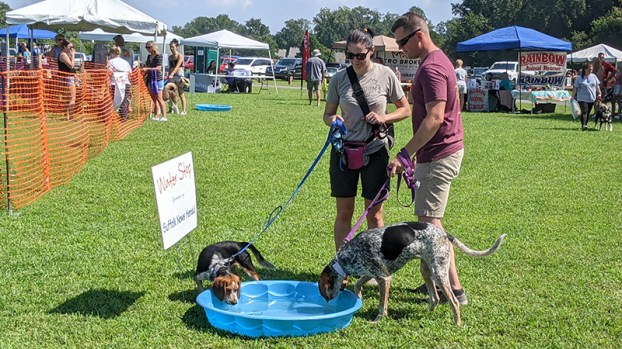 Natalia Chappell, left, and Erik Chappell of Portsmouth came out to Bennett’s Creek Park Sept. 19 for the 13th annual Mutt Strut Festival with their dogs Dunkel, a 1-year old beagle and Eleven, a 5-year old bluetick coonhound mix. The festival is the Suffolk Humane Society’s biggest fundraiser of the year. 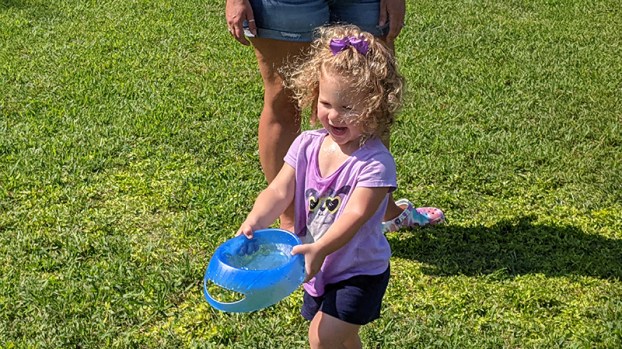 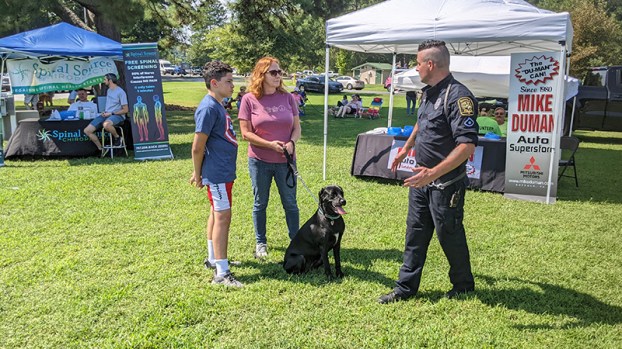 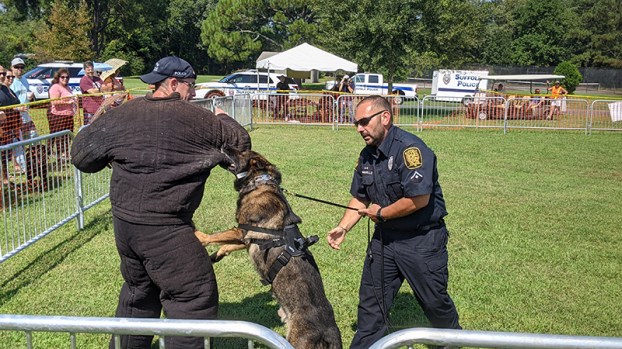 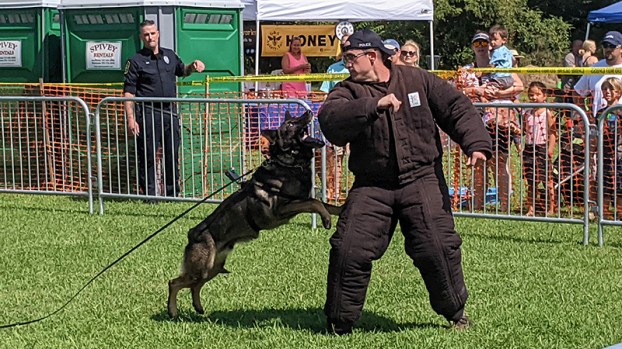 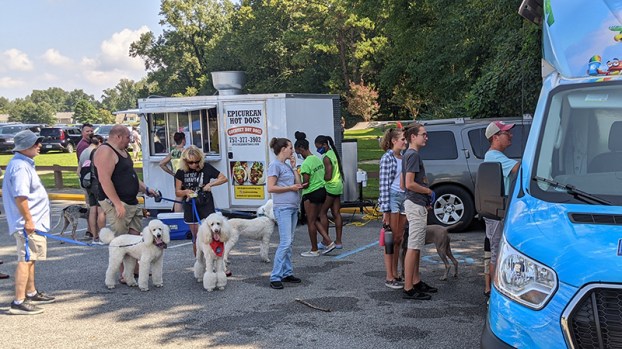 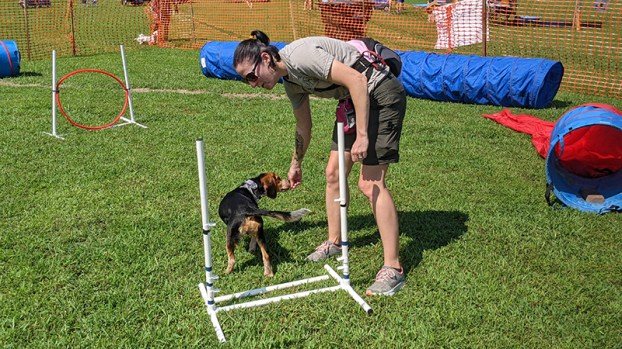 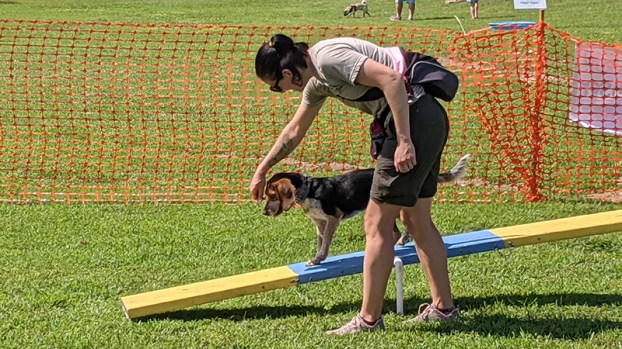 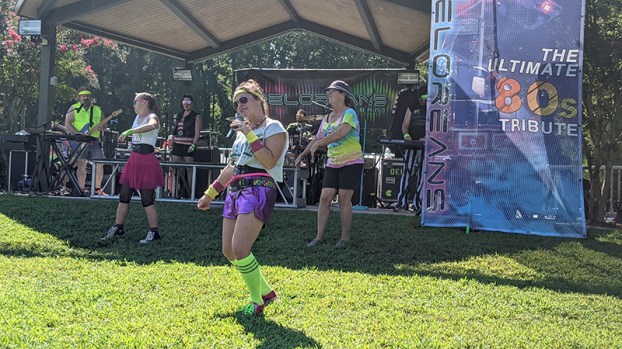 The dogs, and their humans, made liberal use of the small pools of water and the shady areas on a warm and sunny day at Bennett’s Creek Park for the 13th annual Mutt Strut Dog Walk and Festival.

The event, which did not take place last year due to the coronavirus pandemic, is the biggest fundraiser of the year for the Suffolk Humane Society. It included dog agility courses, a frosty paws eating contest, children’s activities, a lure course, a Suffolk Police K-9 demonstration and a performance by popular 1980s cover band, The Deloreans.

It was free and open to the public, and held from 11 a.m. to 4 p.m. Sept. 19, drawing people from nearby neighborhoods who walked their dogs to the park, and others who came out for the first time, such as Natalia and Erik Chappell of Portsmouth.

They had never been to Mutt Strutt, but for their dogs Dunkel, a 1-year old beagle, and Eleven, a 5-year old bluetick coonhound mix named for a character from the TV show, “Stranger Things,” it was a good excuse to move around the dog agility course, even if they had to be coaxed at times to try them. They planned to try the lure course next.

Kyle Josey, 12, had just watched the Suffolk Police’s K-9 demonstration, and even with his own dog, Roxie, a 2-year old labrador, liked seeing the other dogs parading around the park.

As he said that, The Deloreans began to play and get people, and some dogs, into the groove.

It got 2-year old Kinsley Bailes to fill a bowl of water for her family’s lab pit mix, Marley, 2.

“We love it,” said Shawn Bailes, with his wife, Keri. “We came two years ago. We had to come back, especially with The Deloreans here.”