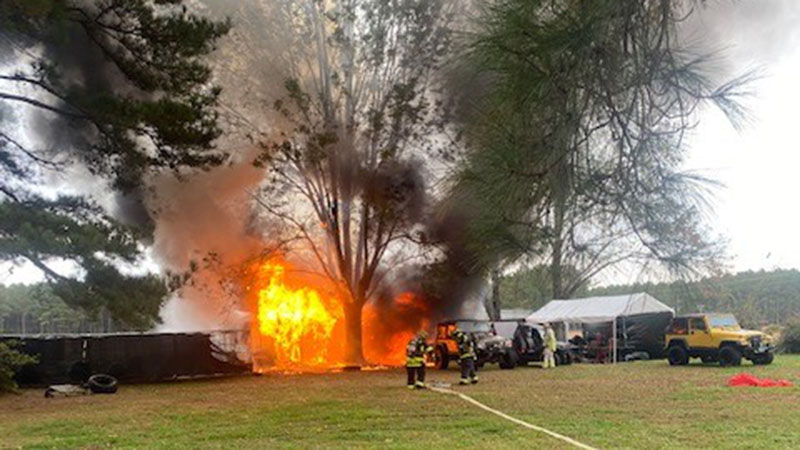 One dog and eight puppies died in a fire Thursday morning. (City of Suffolk photo)

Neighbors who are off-duty Suffolk firefighters saved about 20 dogs from a fire on Thursday morning; sadly, however, one dog and eight puppies died.

Crews found two shed-type structures at the residence, both heavily engulfed in flames. The two neighbors and off-duty firefighters had moved 20 dogs in a gated kennel out of harm’s way; however, one dog and eight puppies inside one of the structures perished.

The fire was called under control at 10:26 a.m. Two nearby vehicles sustained heat damage. There were no injuries.

Suffolk Police provided traffic control, and the immediate area remains closed to through traffic until emergency vehicles are removed.