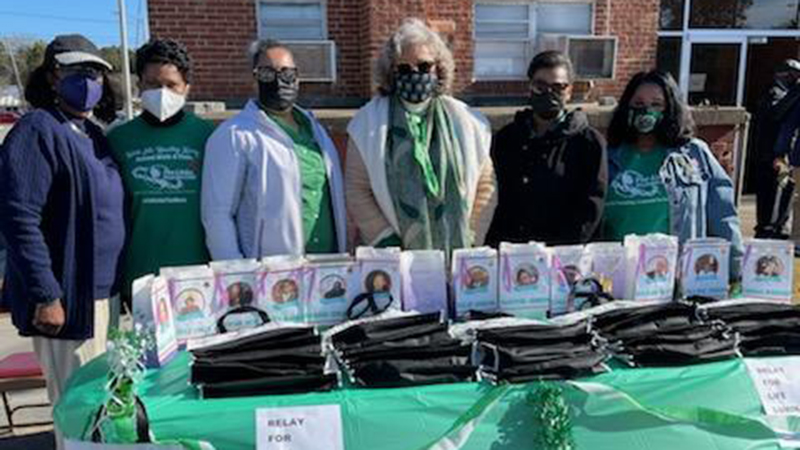 The Suffolk (VA) Chapter of the LInks, Incorporated decorated luminary bags with pictures and tote bags from the American Cancer Society for the Nov. 28 event at First Baptist Church Mahan Street. The LInks also passed out information on their Linkages to Life program.

Four teams celebrated Relay for Life of Western Tidewater with luminary bags, displays and information on Nov. 28. More than $600 was collected at the event.

First Baptist Church, 112 Mahan St., hosted the event. Its Cancer Champions group displayed a poster including the different types of cancers and color ribbons associated with that cancer as well as luminary bags in honor of survivors, in memory of those who lost their battle, and also in celebration of the church’s 155th anniversary.

The Suffolk (VA) Chapter of the LInks, Incorporated had decorated luminary bags with pictures and tote bags from the American Cancer Society. The Links also passed out information on their Linkages to Life program.

John F. Kennedy Alumni Association had luminary bags with names of lost classmates and family members as well as their banner on display.

Les Gemmes of Suffolk and Portsmouth had hand-painted luminary bags on display as well as their banner.

More than 20 cars drove through during the hour. The teams are already planning to do something for next year to support the cause.