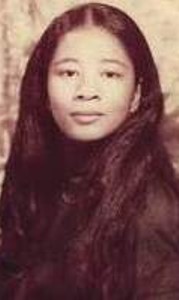 Margaret Nena Barnes, also known as “Wawa” or “Peggy,” died in her sleep surrounded by her family on Jan. 2, 2022, at the University of Virginia Medical Hospital in Charlottesville. She was born on Sept. 29, 1952, at Portsmouth Naval Hospital to James Clinton Barnes Sr. and Magdalena Villondo Barnes.

Margaret was affiliated with the Suffolk Chapter of the Links Incorporated and Alpha Kappa Alpha Sorority (Epsilon Omega Mid-Atlantic), Hollywood Civic League and National Association For The Advancement of Colored People (lifetime membership). She also was involved in a variety of community services such as working with Toys for Kids, health fairs, fundraising for worthy causes, voter registration, National Night Out, Suffolk Night Stay Program and the Reading is Fundamental Program. Early on, she was very instrumental in researching and helping many people obtain their COVID-19 vaccination appointments and continued to be a point of contact to disseminate information on the various locations where the vaccinations were being administered. She was very active on various local, state and national political campaigns. She enjoyed going to Saint Paul’s Episcopal, Saint Mark’s Episcopal and many other churches in the Tidewater area. At Saint Mark’s Episcopal Church, she was a member of the Vestry, Altar Guild, and Episcopal Church Women, served as a coordinator of the Episcopal Youth Community and Acolytes and worked tirelessly with the Outreach Program.

She devoted a great deal of her time in the lives of her nieces and nephews. She treated them as if they were her own. She was happiest when she was surrounded by her family and friends. In return, she brought them much love, happiness, joy, enthusiasm, support and encouragement. Anyone who knew Margaret was touched by her acts of kindness and generosity. She was always putting others ahead of herself and was always a source of positivity. The word “NO” was never an option. She would say, “You will never know the answer unless you ask the question and never take ‘no’ for an answer.” She was very knowledgeable in a variety of areas and as an educator, she had a tremendous influence on her nieces, nephews, cousins and friends. She was sought out by many for speaking engagements. Margaret was fluent in Spanish and served as our family’s Spanish interpreter. Our sister, Margaret, above all these things, was a “fighter” and an “angel” to many. She was greatly loved and will be truly missed.

Due to the pandemic, the family funeral service will be private. Margaret Barnes will be laid to rest at Carver Memorial Cemetery. A memorial celebration will be held at a future date. Professional services with dignity have been entrusted to Crocker Funeral Home Inc. at 900 E. Washington St.