Oliver! is coming to Hub757 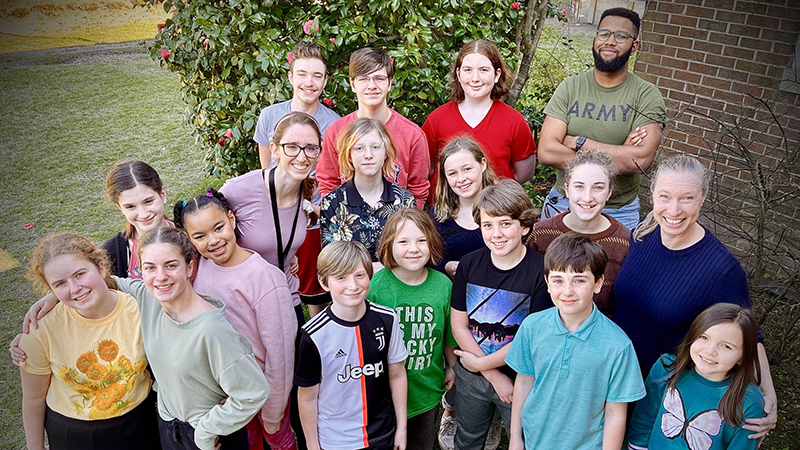 HSP Performing Arts is preparing to perform Lionel Bart’s “Oliver!” at the end of April.

Charles Dickens’ classic story will hit the Suffolk stage for one weekend this spring.

This acting group largely consists of students from the Homeschool Plus co-op that meets in Norfolk, along with adults in the community. Due to COVID-19 restrictions, the group performed last spring’s musical, “Narnia,” at Hub757 and had a large turnout. This year they hope even more folks will come out to enjoy the show.

“It’s so important for this to happen,” said Carrie Rubinow, director and producer of the play. “It’s been a hard couple of years with COVID, and the arts are just crucial right now to our overall health.”

The audience can expect to enjoy a high-quality show. These students went through a full audition process, including callbacks with judges who didn’t know them to show any partiality. The cast has also worked with an acting coach and a vocal coach. The cast will again be dressed in costumes by Emmy-nominated Sara Bethune.

The play follows the story of an orphan named Oliver in 1830s London. Because of the themes portrayed in the play, there will be booths in the lobby with information about today’s orphans, adoption and sex trafficking.

“The play highlights the plight of the orphan and human trafficking,” said Rubinow. “We can’t shy away from these topics because we are Christians.”

Other booths will include Sugarloaf Bakery’s Amanda Conteras, who will be handling concessions again this year. More booth spots are available for those interested.

Sponsorship opportunities also are available. There are four sponsorship levels that include advertisements in the playbill, complimentary tickets and verbal and social media recognition. All money goes back to HSP Performing Arts to cover production costs and other needs.

“We need each other and our community, and arts are a way to come together,” said Rubinow.