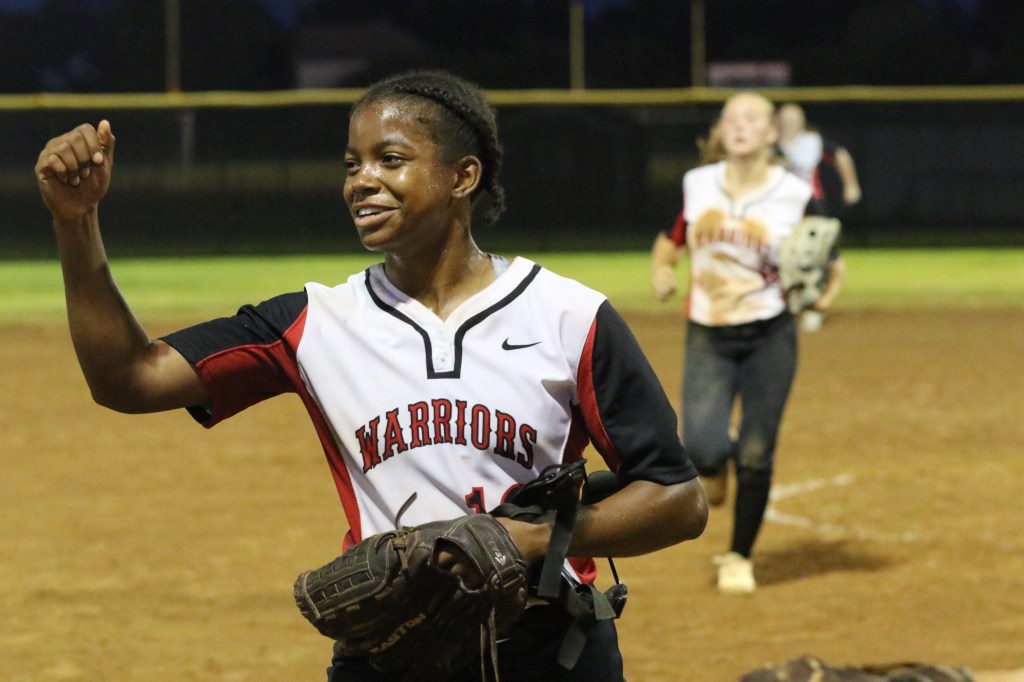 Former Nansemond River softball standout Er’ron Burton appears to be living up to her 2K nickname at the college level.

Burton, who got the nickname for her propensity to strike out two batters per inning, has been named Big South Conference Freshman of the Week after the Longwood University freshman struck out 17 batters and pitched 10 hitless innings in a pair of starts.

Burton, who struck out 18 batters in the Warriors’ Class 5 state championship win over Freedom to close the 2021 season, went 1-1 in her two starts over the past week, with the win coming in the third game of a series against Radford. Burton started that game with three swinging strikeouts and struck out nine batters in six innings pitched.

In a road start at N.C. State on Wednesday, Burton held the Wolfpack to one hit while striking out eight in five innings in a 1-0 loss.

Burton is fourth in the Big South in opponent batting average at .175 (Big South games only). Three of Longwood’s pitchers are represented in the top four of this category.