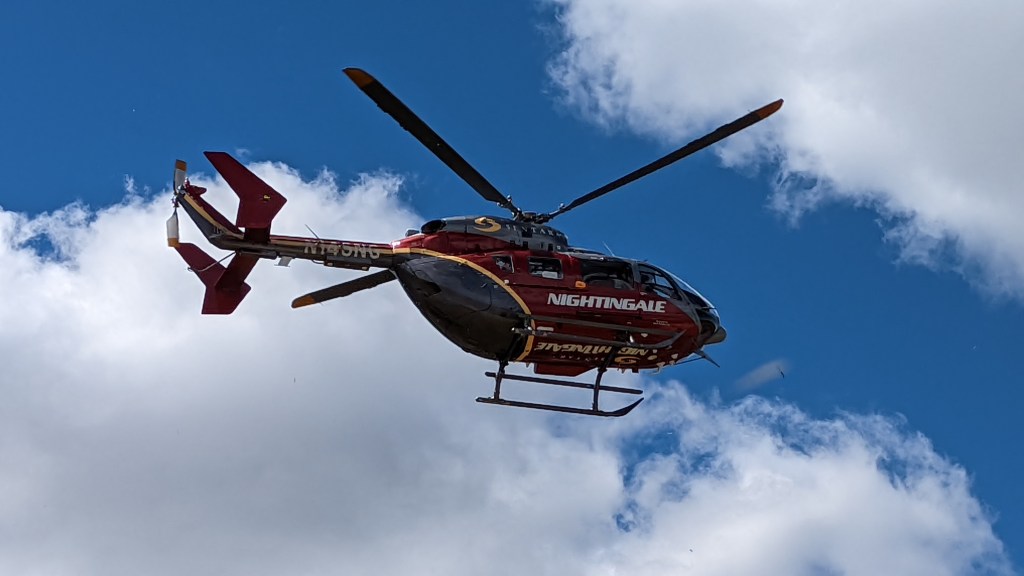 A man was flown by Nightingale helicopter to an area hospital with what are believed to be serious, but non-life-threatening injuries following an industrial accident Tuesday morning in North Suffolk. File photo.

A man was flown by Nightingale helicopter to an area hospital with what is believed to be serious, but non-life-threatening injuries Tuesday morning following an accident at a construction site off of Shoulders Hill Road.

According to Suffolk Fire & Rescue Capt. Steven Henkle, a man was operating a piece of equipment in the 1900 block of Laycock Lane and was pinned when a dump truck backed into the equipment he was operating. The call for the incident came in at 10:42 a.m.

The man had to be extricated by Suffolk Fire & Rescue personnel and was taken to the hospital after being treated at the scene.

The site of the incident is in the area where two housing developments are currently under construction — The Vineyards at Bennett’s Creek Quarter and Iron Horse.