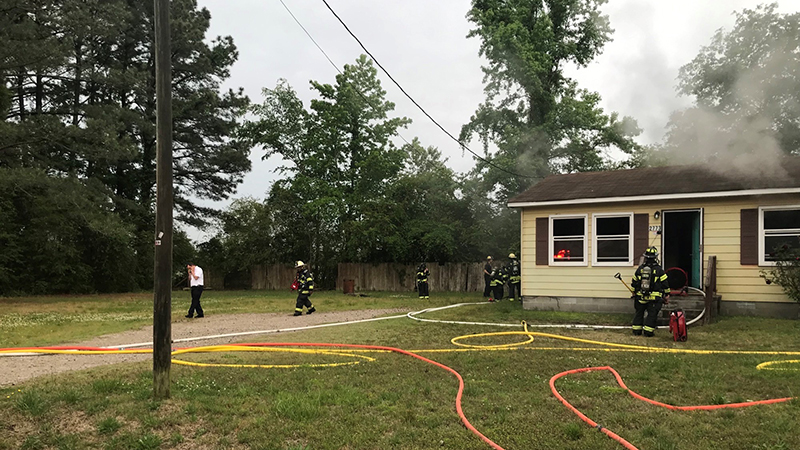 A home in the 2700 block of Airport Road in south Suffolk was damaged in a fire Friday morning.

Dispatchers were contacted at 11:29 a.m. and Battalion Chief William Kessinger said the first unit on the scene at 11:39 a.m. found smoke coming from the front of the home, according to a city press release.

Firefighters found flames in the kitchen, which is where the fire was concentrated.

One person who was home at the time of the fire was able to get out safely.