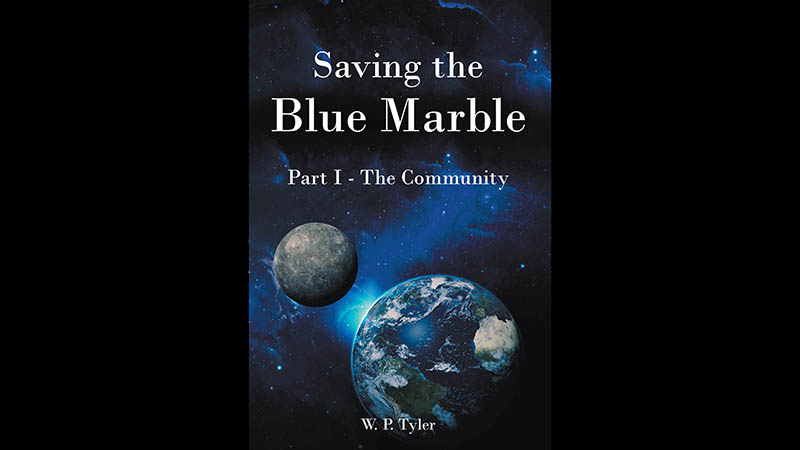 Tyler, originally from Portsmouth, spent most of his career in Washington, D.C., and Illinois before coming to Suffolk in 2013 when his wife retired and he was getting ready to also. He spent 27 years with the U.S. Department of Health and Human Services’ National Disaster Medical System teams.

He helped with hurricanes, floods, terrorist bombings like the Alfred P. Murrah Building in Oklahoma City and major transportation accidents like the Alaska Air Flight 261 crash in California. In 2001 after the attack on the World Trade Center in New York City, he was recalled to duty to assist with medical asset management. He retired in 2018 from Abbott Laboratories, which had him traveling worldwide doing food and drug clinical research.

In the book, Capt. Wade Tyler has a similar job that took him around the world to help with disasters. After his mysterious death, his family picks up where he left off in helping a new community that has advanced technology that can positively impact the world. However, the science fiction genre starts to take over the story when aliens become involved.

This book is the first of a three-part series. Tyler is working on the next two installments and hopes that the second one will be out by the end of the year. This first book focuses on the introduction of the characters and the setting. The second installment will dig into how they will deal with the new world around them.

According to Tyler, a popular theme in science fiction is bringing man’s fears to the light, which is something commonly done in “The Twilight Zone.”

“I’m happy to be a published author, but a little concerned because I want to make sure people enjoy it,” he said. “I hope people will enjoy it and look forward to the next book.”

“Saving the Blue Marble: Part I: The Community” is available everywhere books are sold.