Gathering together to remember 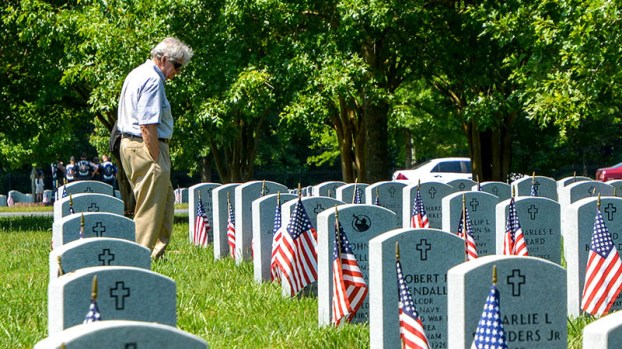 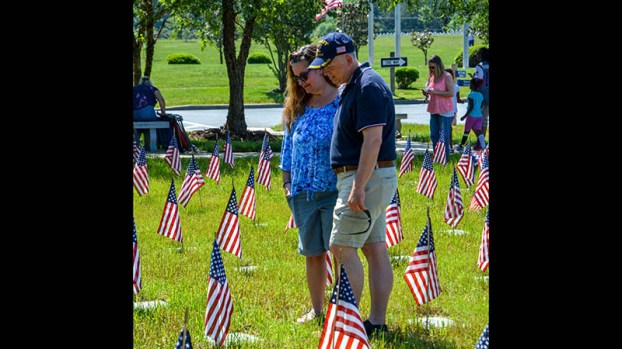 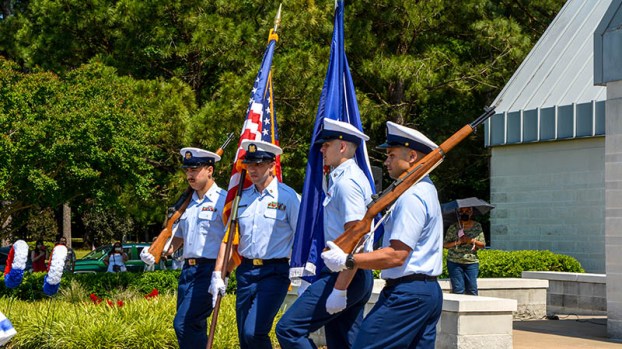 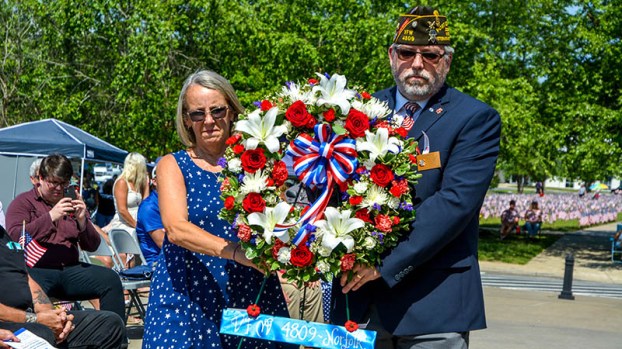 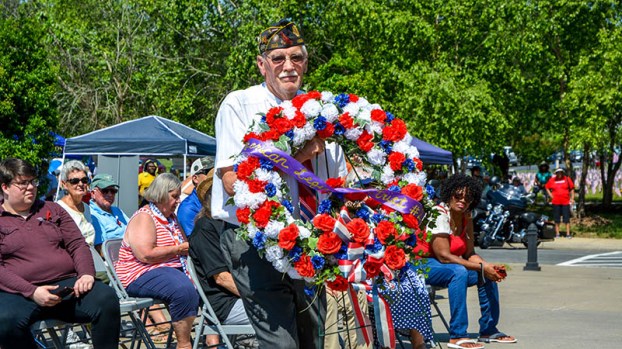 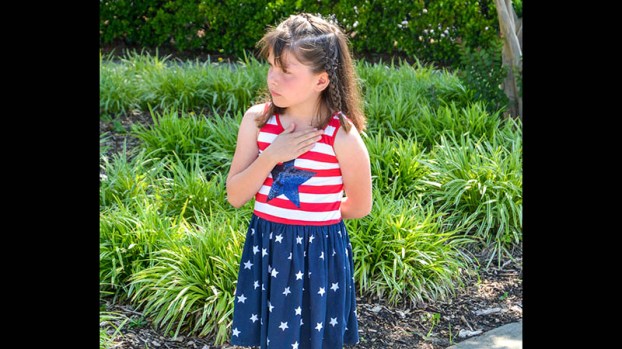 Sofia Davila renders honors during the presentation of the flag.

Ron Brinkley sat on a bench in the shade, reminiscing of the cherub that struck him the day he met his wife, Ann. As he spoke of the time they spent together in the Army his voice occasionally caught in emotion. In moments of silence he stared out over the field of flags, the final resting place for Ann.

Brinkley shared his admiration for the appearance and the dedication of the staff at Albert G. Horton Jr. Memorial Veterans Cemetery. He had made the trip from Newport News on Monday morning joining many other veterans, families, and community members to attend the annual Memorial Day ceremony.

After the colors were posted by the Coast Guard’s Color Guard and the Invocation given by Chaplain Carter Tyler, a young girl with sunburnt cheeks sat quietly in the shade of a tree listening as Command Sgt. Maj. Scott A. Beeson, from the U.S. Army Center for Initial Military Training, told the stories of several fallen heroes.

He spoke of men he served with who had paid the ultimate sacrifice while being “their brother’s keeper.” Beeson also noted that this year America observes the 50th anniversary of the Vietnam War. He paid special recognition to a generation of veterans who didn’t always receive the thanks they deserved.

Beeson shared the stories of several nurses stationed on the front lines, many of whom gave their lives in service to injured soldiers.

Wreaths were brought forward signifying the continuous commitment of American citizens to honor the memories of the fallen and teach children of the heroism and sacrifice made by service members.

Lily Bell Morgan, a Suffolk student, sang “God Bless America,” and when the crowd joined in, few had dry eyes. The solemn emotional ceremony continued with the reading of the poem “Memorial Day” by  CW Johnson and the playing of “Taps.”

When the ceremony ended, family members visited and paid tribute to the loved ones who call this hallowed ground their final resting place.

For Brinkley, this will someday be his final resting place as well. But for now he places a quiet hand on his wife’s grave before leaving for the day.

As for that young girl, Sofia Davila, she bounces along beside her mom, a retired veteran, as they stroll through the graves. Her mom hopes to instill in her the real meaning of this day and the sacrifice those who lie here gave.

Jim Sposato summed it up perfectly as he stood for a moment at his dad, Leon’s, grave: “It is about remembering and honoring the fallen. We recognize the sacrifice given by so many of those buried here.”