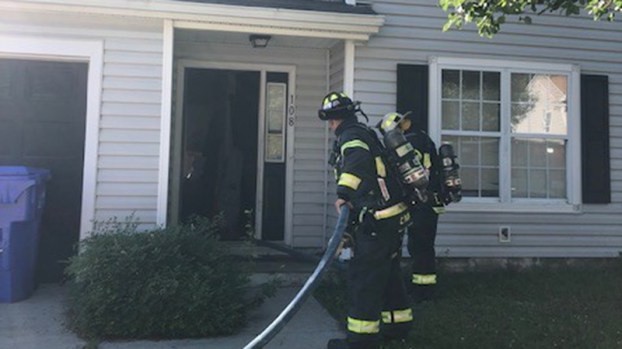 Fire officials said two people were injured and five were displaced from their Tournament Court home after a fire Monday afternoon. Submitted photo. 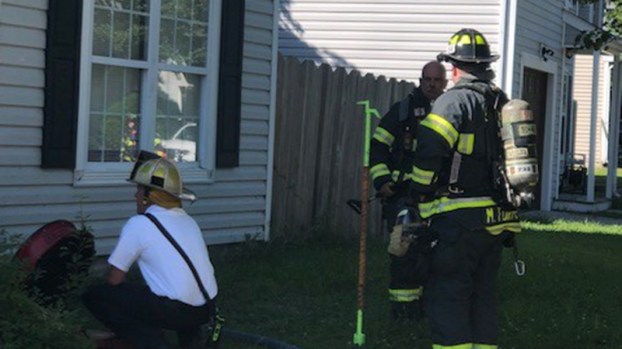 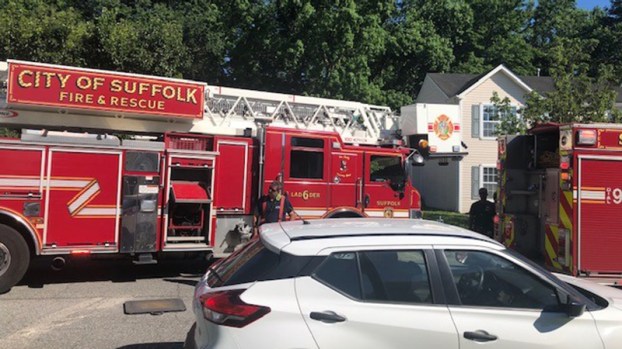 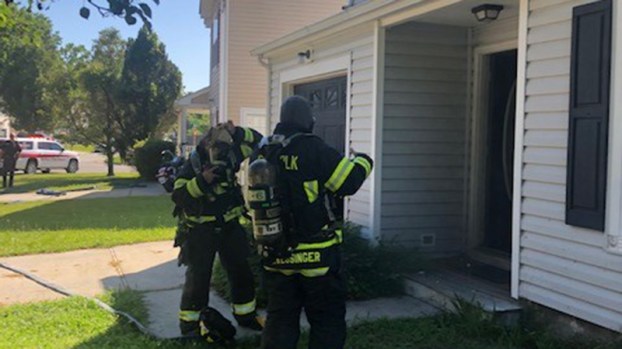 Two people were injured and five were displaced from their Tournament Court home after a fire Monday afternoon in the kitchen area caused smoke damage to the first floor of the home, fire officials said.

According to Suffolk Fire Chief Mike Barakey, firefighters were dispatched to the 100 block of Tournament Court just off of Kensington Boulevard not far from the Suffolk Family YMCA at 4:48 p.m., and four minutes later, Engine 6, Ladder 6, Medic 6 and Safety 1 arrived at the single-family home to find smoke showing from the front door.

Two adult residents were outside when crews arrived and were treated at the scene by paramedics for smoke inhalation. They refused to be taken to the hospital. No injuries were reported by firefighters.

Crews attacked the fire from the inside and conducted a search of the residence.

Though the fire is being investigated by the Fire Marshal’s Office, Barakey said it appears to be accidental.

The American Red Cross has been contacted to help the four adults and one child who are being displaced.

The fire was declared under control at 5:06 p.m.