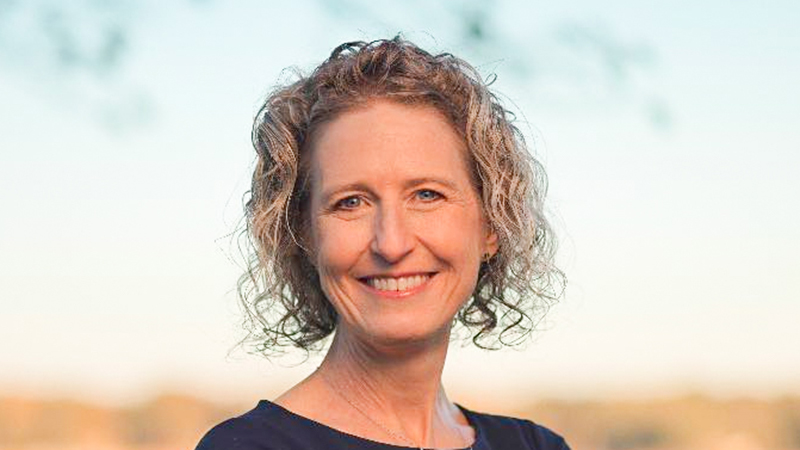 As a State Senator, I have seen firsthand the dangers and insanity of a liberal one-party rule and how Democrat policies devastate our economy and hurt working families. As a Navy pilot, mother, and nurse practitioner, I believe I am uniquely qualified to tackle the serious issues facing our country and deliver conservative results that will make our country stronger and more secure. I am the only candidate who has what it takes to beat Elaine Luria and help Republicans regain control of the U.S. House Majority.

President Ronald Reagan — I have always admired his ability to unite people behind a common cause and serve as a leader who actually delivered on his promises to the American people. Right now, we are represented by a Congresswoman who has made empty promises on the campaign trail and completely abandoned her constituents once she got to Washington. It’s time we sent a leader to Congress who will bring our country together by focusing on the issues — not divisive politics.

I am 100%, unapologetically pro-life and am incredibly proud of my record of protecting our most vulnerable, preventing taxpayer-funded abortions, and upholding the sanctity of life in the Virginia Senate. Today’s Democratic Party has made it clear they will do anything to guarantee a women’s “right” to an abortion — even up until the moment of birth. In Congress, I will vehemently fight back against these inhumane and radical policies because there is nothing more important than preserving human life.

With inflation at the highest level in 40 years, gas prices over $7.00 in far too many places across the country, and a horrific supply-chain crisis, Congress’ top priority must be getting our economy back on track. Virginia families, workers, and job creators have been hit hardest by the big-government policies put forward by Nancy Pelosi and Joe Biden — and they must be stopped. We must prioritize cutting wasteful spending and government handouts, restoring energy independence, and empowering small businesses to do what they do best: create jobs.

I fully support America’s efforts to stabilize Ukraine and bring a swift end to the Russian invasion. Unfortunately, the situation in Ukraine is a result of the feckless leadership of Joe Biden and his Administration’s ongoing refusal to lead on the world stage. We must ensure we elect leaders to Congress who will not simply stand by in silence while this Administration botches one foreign policy after another. The American people, our allies, and the world are less safe with Democrats in control because they have no interest in restoring America as a leader and strong deterrent on the world stage.

First and foremost, we must stop the out-of-control, trillion dollar spending bills and the Democrats’ socialist agenda that will only lead to more taxes and less savings for Virginians. By cutting spending and prioritizing workforce development, we can address labor shortages, increase production and supply that will have a significant impact on inflation levels moving forward. But above all else, the most important way to address inflation is by passing fiscally conservative policies that put more money in the pockets of Virginians and the American people and less money in the pockets of big-government.

As a healthcare provider, I hope every American will do what they can to minimize the risk of spreading or contracting COVID-19 — whether that is wearing a mask, getting vaccinated, or isolating if they feel symptomatic. But I’ll leave it to the American people — not the government — to decide for themselves. For the last two years we have watched our students fall behind in school, businesses close their doors, and workers lose their jobs because of big-government mandates based on politics, not science. No more mask mandates, no more vaccine mandates. It’s time for the government to get out of the way so our country can get back to normal.

The violence and riots that took place at our nation’s Capitol on January 6th, 2021, were a stain on our democracy. I condemned the events wholeheartedly and supported the investigations made by both federal and local law enforcement to determine exactly what happened, what went wrong, and who should be held accountable. Rather than accept the investigations’ findings and shift their focus back to the critical issues facing the American people (i.e. a global pandemic and economic collapse), Democrats like our Congresswoman instead chose to re-investigate and re-litigate, wasting millions of taxpayer dollars as a result. Our economy is in shambles, our country is a laughing stock on the world stage, but Democrats will do whatever it takes to detract attention away from their failed policies — and this is just the latest example.