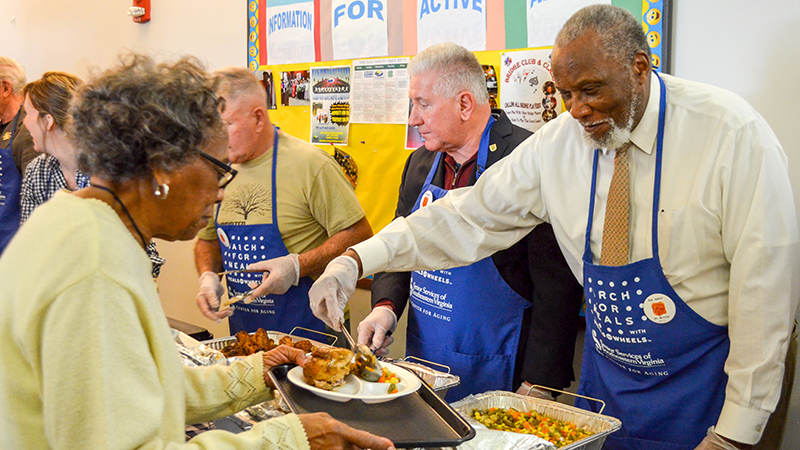 At least one seat on City Council and two on the School Board will be filled by someone new when elections are held this November.

With the filing deadline of June 21 having passed, Suffolk Borough Councilman Donald Goldberg has opted not to run for a third term, announcing his decision during a council meeting last month.

“I think it’s time to let everyone know, I’ve been asked a number of questions of whether I’ll be running again in the next term,” Goldberg said at the end of the June 15 council meeting. “I will not be running for a third term. I’ve decided not to do that and … whoever runs, I wish them well.”

Councilman Lue Ward noted the “ups and downs” between himself and Goldberg over their years on council, in particular praising his knowledge on real estate matters and saying he will be missed.

Just two of the eight combined council and board races will not have any opposition on the ballot. Holy Neck Borough council member Tim Johnson and Cypress Borough school board member Karen Jenkins are running unopposed. Johnson is in his third term on council and also ran unopposed in 2018, while Jenkins, in her first term on the board, won more than 75% of the vote against two opponents four years ago.

On council, Vice Mayor Leroy Bennett faces opposition from Wallace Johnson for the Cypress Borough seat. Bennett has served on council since 1996, with a two-year gap from 2012 to 2014 after redistricting had moved him from the Nansemond Borough to the Cypress Borough.

For Goldberg’s Suffolk Borough seat, John Rector, a member of the Planning Commission, will face Arthur Bredemeyer, who unsuccessfully ran for mayor in 2012 and lost to Goldberg in 2018.

In the Chuckatuck Borough, Shelley Butler-Barlow, who was appointed to the seat to fill out the term of now-Mayor Mike Duman, faces two opponents in Patrick Bales and John Michael Anderson. Bales most recently ran unsuccessfully for commonwealth’s attorney last year.

For the Holy Neck Borough seat on the school board, Dr. Dawn Brittingham is running against Julpenia Hill, and in the Suffolk Borough, current board member Tyron Riddick is running for reelection against J. Matt Shannon.

In the Chuckatuck Borough, former board member Linda Bouchard, Kimberly Slingluff and Karina Hopkins-Lockwood are all vying to replace Story on the board. Bouchard served for two terms before opting not to run for reelection in 2018.