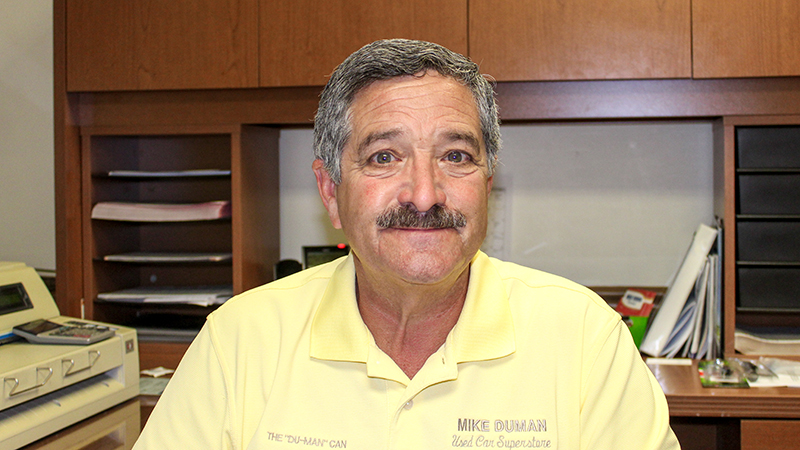 Mayor Mike Duman said he was not surprised, but disappointed, that the Education Committee met last Wednesday, June 29 (File photo)

The Education Committee recently reestablished by Suffolk City Council met Wednesday, June 29. but not surprisingly, it went forth without participation from the school board or school division.

Mayor Mike Duman, who chairs the committee, said he was disappointed, yet not surprised, and after brief remarks on what he described as the background of the committee, carried forth with presentations about possible options for relocating the school administrative offices, and on school safety.

City Council voted unanimously in March to amend city code with regard to the Education Committee, which Duman said was originally formed in December 2009. He said part of the reason for amending the ordinance was to note that the city no longer has a chief of staff, that person having been a member of the committee prior to the ordinance change.

On the city’s website, it says the committee is to meet quarterly. However, the new ordinance has the committee meeting at least twice annually, or as called by the chairman or as requested by the majority of the committee.

Duman noted the old ordinance’s language saying that the committee “shall include” reviewing the educational plans in the city general, and its specific duties “shall include, but not (be) limited to monitoring and recommending to city council an official policy in the area of public education and soliciting public input regarding matters in the city.”

However, he said council should not be reviewing the educational plans of the city. That’s something for the superintendent and school board to do.

The Suffolk School Board voted in April in favor of a resolution asking that council reconsider reestablishing the committee, as a majority of the board said joint meetings between the board and council, with everyone from both present, would be preferable to having meetings of a smaller Education Committee.

Board Chairwoman Dr. Judith Brooks-Buck, in a June 28 letter to Duman that was forwarded to the other members of the board and council, reiterated the concerns of the majority of the board and division over addressing issues via the Education Committee versus their joint meetings.

“The superintendent, and the school board members have repeatedly asked that we meet to discuss any issues of importance as two cooperative bodies,” Brooks-Buck wrote. “Explanations for board member concerns regarding small group meetings with representatives were provided to all council members and to you, the mayor, both publicly at our meetings, and individually.”

During the April vote, Brooks-Buck said that if everyone believed in transparency, there would be no need for additional meetings when the joint meetings could address issues with everyone from the board and council present. She also noted the 2020 Freedom of Information Act case by board member Sherri Story, which in part, dealt with a Feb. 13, 2019 meeting of the City Liaison Committee that a judge ruled was a public meeting that required public notice not given by the board, despite then-Mayor Linda Johnson testifying that she had called the meeting and that the two bodies had been coordinating joint meetings for more than 20 years.

Duman, who acknowledged receiving the letter in remarks to begin the meeting, said committees are more effective for getting things done than the joint meetings. He said Moor has received “considerable” correspondence and requested the participation of the school division, but it declined. Duman said there would continue to be joint meetings of the board and council.

“In my opinion, this committee is needed more now than it has been in the past,” Duman said.

Brooks-Buck said in the letter that issues involving changing the approved capital improvement plan and topics related to school safety “would be critical to all school board and city council members.”

The meeting had a quorum, since three of the five committee members were present — Duman, Councilman LeOtis Williams and Moor. Suffolk Police Chief Al Chandler and city Director of Capital Programs and Buildings Gerry Jones also participated in the meeting.

Councilman Tim Johnson, an alternate on the committee, was also in attendance, as was Vice Mayor Leroy Bennett and the two board members who supported having representation on the committee, Story and Heather Howell, though they did not participate in the discussions.

Duman said the committee would “balance the primary role of Suffolk School Board with crafting a policy for Suffolk Public Schools against the responsibility of city council for oversight that’s imposed by the appropriation of public funds.” He stressed, however, that the committee had no

“This committee has no ability to determine any course of action for either body,” Duman said. “It is merely a forum to discuss openly issues that we have, the school system has, that also affects our decisions for city council. We all represent the same constituents. Over a third of our local tax dollars is going toward education, so we have a duty to ensure that we are being the best stewards of that money that we possibly can as well as addressing the issues that our constituents may have.

“Once again, this is just a committee that will brainstorm, come up with some ideas, and representatives will bring them back to their respective bodies, discuss it to the extent they will. We can also discuss it in joint meetings.”

The committee discussed three alternatives to the division’s current location at 100 N. Main St. for its administrative offices — the city’s 40-year-old human resources building at 440 Market St., the old Virginian-Pilot building at 157 N. Main St. — the current home for the Suffolk News-Herald on the first floor, the city’s Workforce Development, which uses about 9,000-square-feet on the second floor, Main Street Physicians and other offices — and on land behind the division’s operations building on Pruden Boulevard. The lease on the division’s building is up in December 2023. Moor said a fourth option would be for the division to remain at its current location, but the lease would have to be worked out.

Jones noted the school division has been in its current location since 2005, using 23,360-square feet of the building that was renovated specifically for its use, he said. It does not use about 3,900-square-feet of the building. He said it is inefficiently laid out and the division’s space is tight.

He said the proposal is to relocate the division to the old human resources building, which currently houses the city’s registrar’s office and the Virginia Cooperative Extension office, the latter coming through an arrangement with the state, Jones said. It also has 39,600-square-feet of space spread out over three floors. The building once was the home of the social services building.

One plan, he said, would essentially gut the building and redesign it for the division so it has enough room to grow. Another, revised plan would use much of the existing space and keep it the way it is, but make “modest modifications.”

Council has funded the human resources building renovation in the city’s capital improvement program and plan at $6.5 million for the current fiscal year, which began July 1 and extends through June 30, 2023. No other money has been proposed in the following nine years of the 10-year CIP.

The plan notes that the scope of the renovation “will include modifying the existing building layout to meet the programmatic needs of the schools administration operations along with upgrades to building systems and finishes such as flooring, ceilings, lighting, electrical, plumbing, heating, cooling and ventilation, and parking lot improvements.”

He said the building was constructed without fire suppression systems, and its elevator “is way out of compliance,” with regard to its age. It also has limited parking and it would have to build a new lot to handle the school administration, he said. Moor also noted stormwater issues on the building’s property that would need to be addressed are not included in the $6.5 million CIP funding.

An office was also damaged in a May 2021 fire to the building. A News-Herald story noted crews finding heavy smoke showing from a third-floor office, and minor smoke on the first and second floors, with significant smoke damage to the office suite and the third floor.

“So as we put together this list and put together some of those considerations, it created a little bit of a pause for us,” said Deputy City Manager Kevin Hughes.

“The big thing with either one of them is that a lot of infrastructure has to be put in there,” Jones said.

Brooks-Buck noted the approval of human resources building on both the board and council CIP, but she has concerns about what she said was “the city’s delayed response with regard to minimal safety issues in a public building used on a regular basis.”

Hughes said the city has explored “secondary options,” which include the old Pilot building, one of the few remaining office spaces downtown, and the property on the site of the division’s operations building. He said the city has had meetings with the superintendent and his staff on the options, but more work is needed to sort through the other potential options.

The Pilot building has just over 38,000-square-feet on two floors. Hughes said it would be ideal to create a new parking design for the building to increase public parking spaces there.

Duman expressed support for having the school administrative offices stay downtown at the Pilot building and keep foot traffic in the area, and then having the parking available for other city events or activities when schools are out. He also said he did not want to kick some people out of the human resources building to put other people in it, and then have to find another space for those having to move out. He also said he was unsure how any plans to locate the school administrative offices on the operations center’s property would affect the second phase of the division’s development of the site, which would move the division’s maintenance and facilities departments there. There is no funding proposed for that until fiscal 2027 ($4.9 million), and then more funding is proposed in fiscal years 2028 through 2032 ($9.8 million).

“Any alternative that we pick will require time,” Moor said, “and especially as we look at the human resources building and we have the registrar.”

Moor said the city would likely have to look at short- and long-term options regardless of what option is chosen and added that the human resources building, near City Hall, could serve a role for the city as it grows.