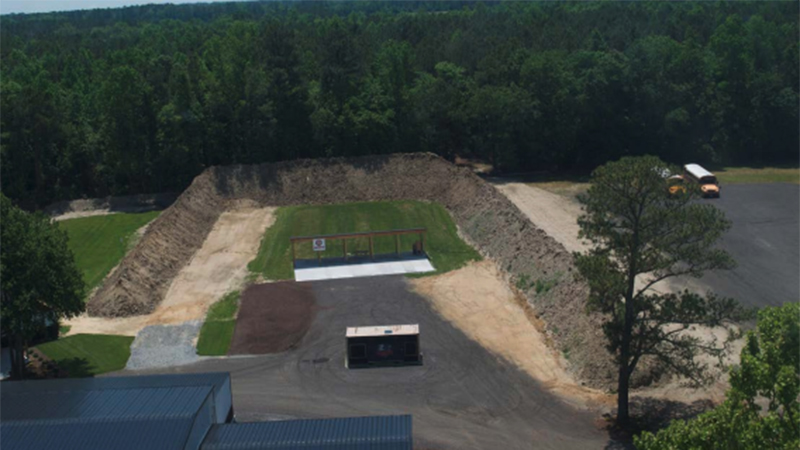 City Council will hold a public meeting Wednesday for conditional use permits to allow for a shooting range and school on 284 acres of property on Hosier Road. The Planning Commission recommended approval of the permits on a pair of 7-1 votes last month.

City Council holds a public hearing at its Wednesday meeting for a conditional use permit for a shooting range and school on property on Hosier Road.

The Planning Commission, by a 7-1 vote with Anita Hicks dissenting, recommended the permit for the 284-acre property.

A school has also been proposed on 10 acres of the gated property at 1444 Hosier Road to provide tactical and non-tactical training for federal, state, local and municipal personnel and the general public, and guests will have to pay dues to become members.

It also proposes retail sales of firearms and ammunition to serve as an accessory use to the shooting ranges.

The properties had received approval for a zoning permit from the Virginia Department of Wildlife Resources in November for a hunting, fishing and game preserve recreational club, which does not require a conditional use permit. However, the property received a notice of violation from the city in April for conducting an outdoor shooting range without a conditional use permit.

Following the delay, Skeeter and Glenn told the commission at its July 19 meeting that they had met on several occasions and resolved the concerns, with Skeeter saying he and the civic league were now comfortable with the project.

“We don’t have an objection to the gun range any longer,” Skeeter said.

Project representatives and Skeeter met several times between the commission’s June and July meetings to discuss concerns about adding the range and school.

Todd Butler, speaking on behalf of the shooting range, said they met four times with Skeeter and members of the civic league. An issue raised at the first meeting was scattered shooting in the community. Butler said they proposed allowing members of the Skeetertown Civic League to use the facility “for a minimum fee” once they are vetted. Butler said they have been operating for 22 years without a complaint.

Skeeter said they were able to determine that the complaints about shooting in the area were not coming from the facility but rather, the community.

“We’re hoping that we can offer that to some of the people that are just doing it in their backyard,” Skeeter said.

They held a second meeting a few days later, this time with Vice Mayor Leroy Bennett and council candidate Wallace Johnson, to ensure a secure environment at the facility. Butler said the facility also provides situational awareness training for houses of worship.

“They got a level of comfort on what we presented to them,” Butler said, “and how we’re going to react to support the community.”

They held two additional meetings, including one at Mt. Ararat Christian Church and another at the civic league’s regular meeting, to further address concerns.

Skeeter confirmed the meeting and noted he and other civic league members were also able to tour the shooting range facility.

“We were impressed with what was going on,” Skeeter said. “We had no idea that it was something that massive back there.”

At its Aug. 3 meeting, council will also get an update on the city’s 2045 comprehensive plan during a 4 p.m. work session, and, during its 6 p.m. regular meeting, will, in addition to the public hearing on the shooting range, will hold a public hearing on the proposed conditional use permit for the festival event park and a rezoning request to accommodate a new downtown library.

The agenda for the meeting, which will take place in the council chamber of City Hall, can be found online here: Council Agenda for Aug. 3