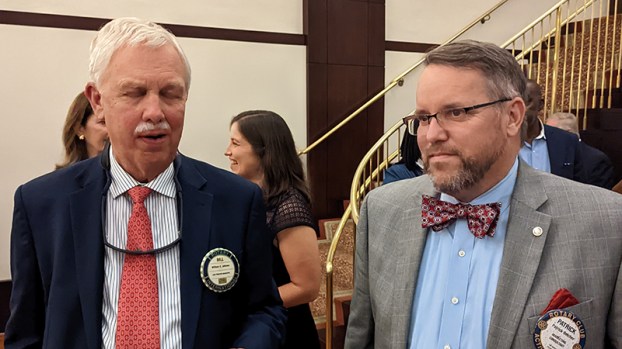 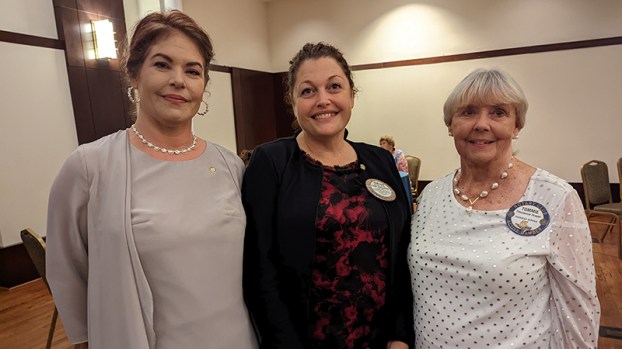 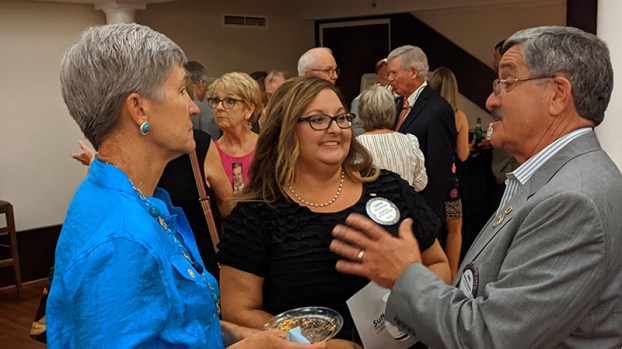 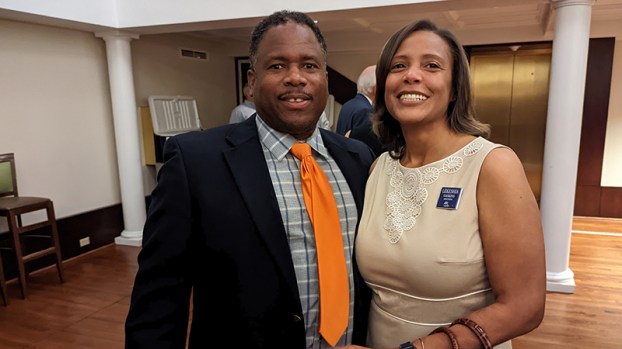 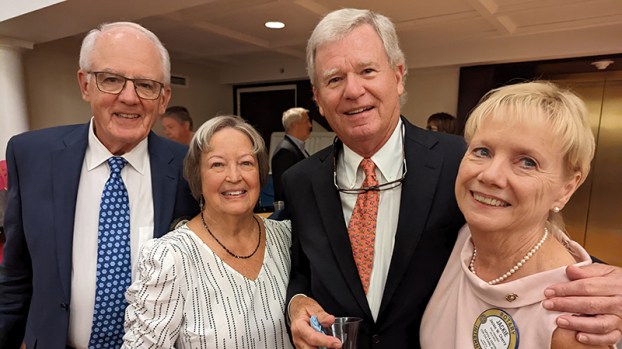 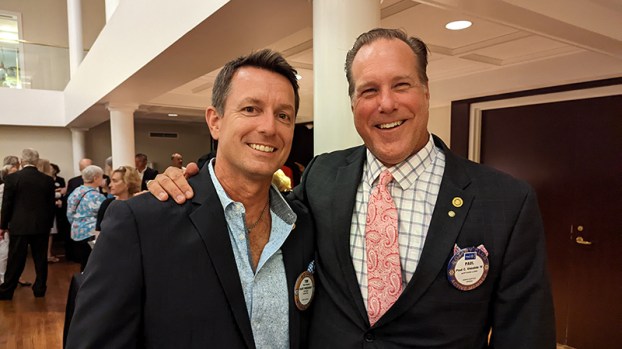 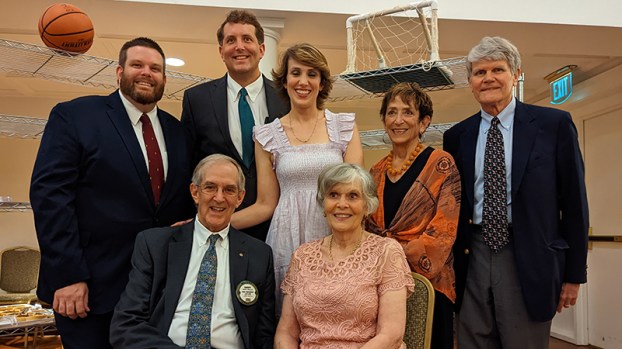 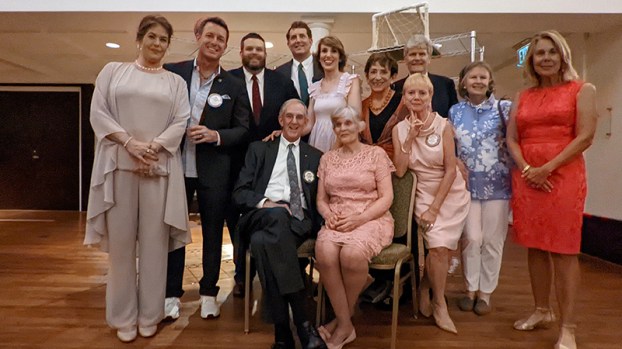 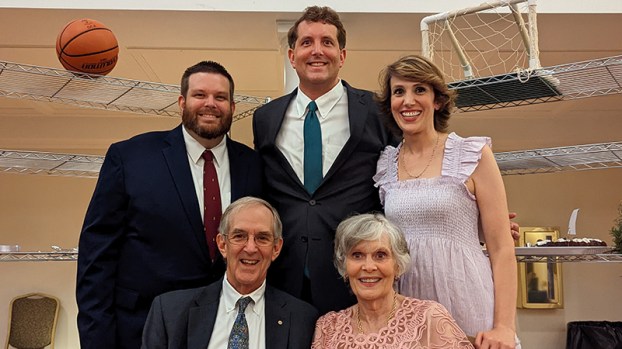 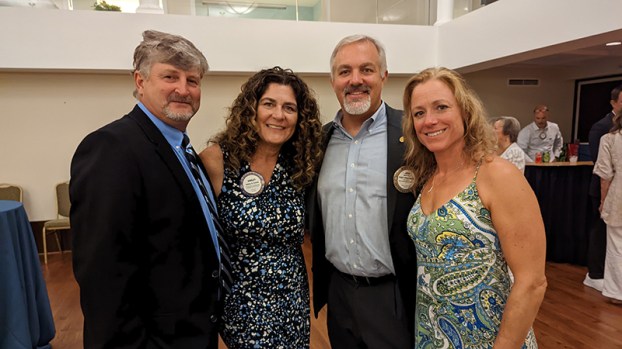 Harry Lee Cross III noted the raised hands when he asked who was a part of the city’s biggest club.

While unofficial, it’s a club of like-minded people, he said, who give back to the community through serving it in some capacity.

And Cross has been a definite part of it.

Cross was honored for that service Thursday as the 2022 Suffolk and North Suffolk Rotary Clubs’ First Citizen at the Suffolk Center for Cultural Arts.

“Did you know the largest club in Suffolk is the Yes Club? It has no officers and never formally meets, but it has a huge agenda and purpose: to make Suffolk a better place and help others,” Cross said. “In fact, I see a whole lot of the Yes Club members here tonight. Maybe all of you are members of the Yes Club.”

Cross graduated from Suffolk High School and the College of William & Mary and served as an officer in the Navy before getting into the family real estate business, which he has done for 49 years. But following the example of his father, Harry Lee Cross Jr., and his mother, Jean Cross, he said it was important for him to help make Suffolk a better place.

Cross III said yes to Bob Gillette in executing a vision for a youth athletic park for baseball and soccer. Cross initially thought it was crazy, but after talking to his wife, Lisa — “the best yes I ever heard” — they bought the property for the fields.

He shared stories of how his good friend, Whitney Saunders, told him in the late 1980s Cross was going to be on the Suffolk YMCA Board, even though at the time, there was no YMCA in Suffolk, and told him he was a founding member of the Suffolk Foundation.

“Then he added, ‘Next time we have lunch, bring your checkbook,” Cross said.

Cross noted the growth of both the Suffolk YMCA and the Suffolk Foundation over the years as he thanked the Suffolk and North Suffolk Rotary Clubs for the event, Cross Realty for helping him get so many things done and the community “for giving me the opportunity to participate in so many different things that give back to the community.”

Cross has been a part of, and played key roles in, numerous organizations in the city, including serving as president of the Downtown Suffolk Rotary Club, the Suffolk Foundation, the Suffolk Tennis Association and the Suffolk Youth Athletic Association. He also has served as the chairman of the Rotary Peanut Fest Parade, the city’s Chamber of Commerce, the United Way and the Community Action Coalition of Virginia.

Cross has also served as a member of the Suffolk Retail Merchants Association and the YMCA regional board of directors and has been a volunteer with the Suffolk Literacy Council, served on the Board of Cedar Point Country Club, helped establish the Women’s Impact Fund and coached girls and boys tennis and basketball at Nansemond-Suffolk Academy. That’s on top of serving as a deacon and elder at St. Andrew’s Presbyterian Church, and he has taught Sunday School for 40 years.

Cross said it was a night for him to give thanks, but for those in attendance at the ceremony, it was their chance to give thanks to him — for saying yes.