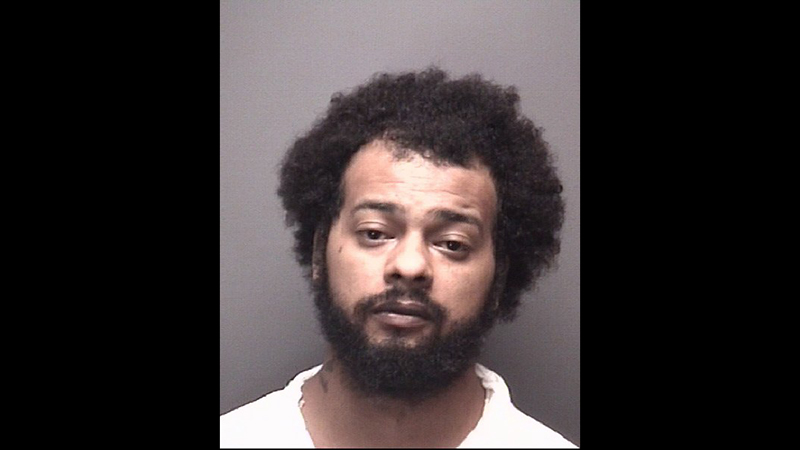 Wednesday’s arrest of Preston Davis IV in connection with a Sept. 4 homicide in the city is far from his first brush with local law enforcement.

Davis, 29, of Suffolk, was taken into custody Wednesday, Sept. 7, after Suffolk Police received a citizen report that a woman was being actively assaulted by a man inside a vehicle.

Officials said after Davis’ arrest that they were seeking him in connection with the shooting death of Caleb Pittman in the area of South Saratoga Street.

Davis has proven himself a familiar face to Suffolk Police after being charged earlier this year with robbery, felonious assault and suspended sentence violations. Two years prior he was arrested in connection with another shooting, while he faced charges linked to burglary and grand larceny in 2015.

This week’s arrest came as officers responded to a call where the driver of a vehicle, now known to be Davis, allegedly led them on a pursuit that began at Pitchkettle and Lincoln roads and ended at Chisholm and Blythwood.

Officers attempted to conduct a traffic stop on the vehicle, but city police said in a news release that Davis refused to stop. While the officers pursued the vehicle, police said the woman jumped from the moving vehicle. No information was available on whether she was injured.

Despite officers’ attempts to stop Davis, the vehicle continued to elude police until he exited and attempted to flee on foot. Officers quickly apprehended Davis.

As a result of the investigation involving the initial pursuit, SPD officials said Davis was charged with abduction, use of a firearm in the commission of a felony and possession of a firearm by a convicted felon, felony elude and numerous traffic offenses.

Additionally, Davis was arrested on charges related to the death of Caleb Pittman. These include second degree murder, possession of a firearm by a convicted felon, use of a firearm in the commission of a felony and shooting with the intent to maim, injure or kill, according to the release.

Past crime reports from city police reported in the Suffolk News-Herald show Davis had multiple past arrests. He was arrested Jan. 15 on charges of robbery, felonious assault, a suspended sentence violation, and damaging a phone line to prevent summoning law enforcement in connection with a Jan. 6 incident.

A police department news release at the time said this incident occurred in the 200 block of Pinner Street. Officers responded and spoke to a female victim who said she and the other victim, a male, had come in contact with an unknown man who was later identified as Davis inside her home

Following a verbal argument, the two men left the home and continued arguing outside, at which point the suspect Davis reportedly stabbed the male victim, according to police. Before leaving the scene, the suspect also allegedly took the woman’s phone.

Reports show Davis had been involved in a 2020 incident where he was charged with two counts of aggravated malicious wounding, reckless handling of a firearm, the use or display of a firearm in the commission of a felony and possessing or transporting a firearm by a convicted felon.

The June 4, 2020, shooting was reported in the 1000 block of Nansemond Parkway when officers learned that a 33-year-old Suffolk man had been taken to the hospital by an acquaintance with non-life-threatening gunshot wounds.

After Wednesday’s arrest, Davis is being held without bond at Western Tidewater Regional Jail.

Suffolk Police Department expressed its appreciation to the countless citizens who provided information or assisted in this investigation.