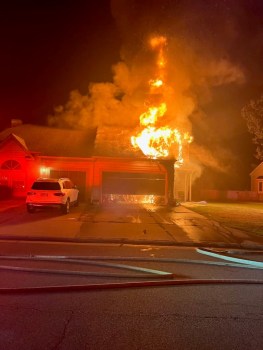 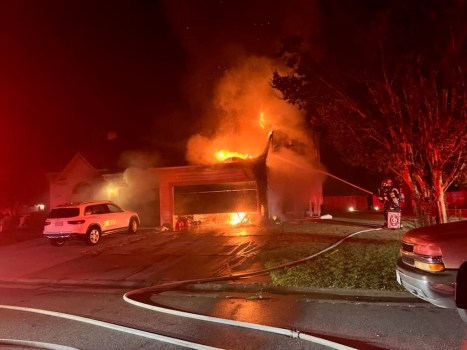 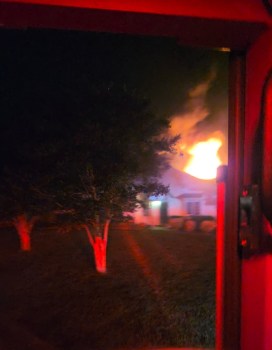 An early morning fire Sunday displaced two adults and three children from their homes in the 6200 Block of Oakglen Drive of North Suffolk.
Firefighters responded at 2:20 a.m. Sunday, Sept. 18, to the call at a residential duplex fire.
Five Suffolk Fire and Rescue units arrived at 2:27 a.m. to find heavy fire and smoke showing from a two-story residential duplex, according to a news release.
All occupants were outside of both structures when firefighters and medics arrived but it was reported that the family pets were still inside the structure.
Firefighters initiated a transitional fire attack on the garage portion of the duplex as crews performed a search of the structure.
Due to the heavy fire conditions in the initial duplex, fire and rescue officials said the fire spread through the attic to the exposure duplex.
Firefighters were able to rescue one of the family’s two pets. One pet died due injuries sustained from the fire. No firefighters or no civilians were injured.
The fire was placed under control at 3:09 a.m., according to the release.
The American Red Cross is assisting three adults and two children that are displaced by the fire of the two structures.
The cause and origin of the fire is under investigation by the Suffolk Fire Marshal’s Office with Fire Marshal 6 leading the investigation.