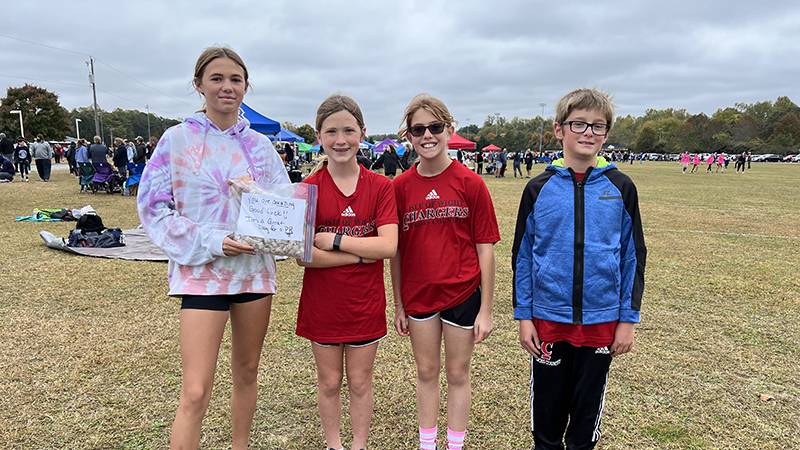 The win, the Chargers’ second in as many games, buoyed their record to 2-4. The Seahorses sank to 2-5.

Chapman later added a yard-long scoring plunge. Senior kicker Jude Powell added a 35-yard field goal. Cofer scored his only touchdown of the night on a 4-yard run in the fourth quarter.

The playoff plot thickens for No. 5 IWA, which stands to gain ground on fourth-place Fuqua School (2-6) in the Virginia Independent Schools Athletic Association Division III (small-school) poll. With the top four teams qualifying for postseason play, the Chargers could strengthen their argument further with a win in their next game, which comes against the Fuqua Falcons on Friday, Oct. 28, in Farmville. Kickoff is set for 7 p.m.

IWA wraps up its regular season Nov. 4 with a home contest against Fishburne Military School, of Waynesboro.

IWA’s Joseph Phillips was the lone Charger finisher in the top 20 of the junior varsity boys race. Phillips came in 18th with a time of 29:16.94.

Whitley was the top IWA girls finisher, ending up in 78th place with a time of 17:30.7. Phillips, who had qualified just three days earlier, completed the course in a time of 22:28.