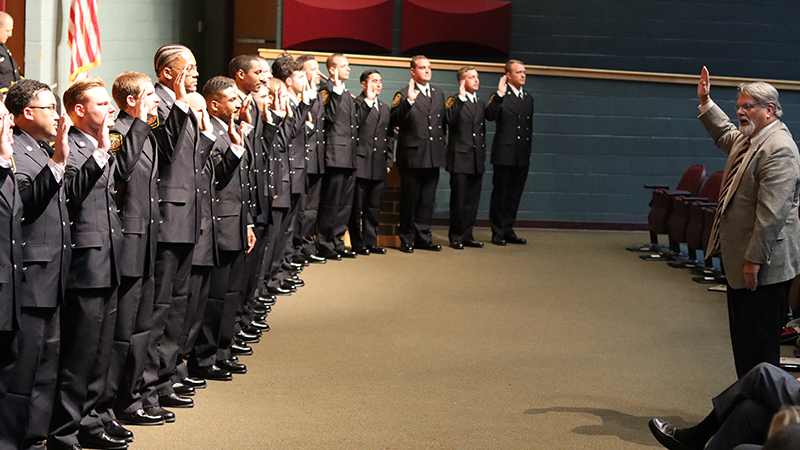 The City of Suffolk Department of Fire and Rescue welcomed 31 new firefighters to its ranks following a commencement and badge pinning ceremony held Thursday, Oct. 27 at King’s Fork High School.

The ceremony included a remembrance of Trenton Scott Stone, who was joining Suffolk Fire and Rescue but passed away just prior to the start of the academy. Class 42 chose to honor Trent by making their class motto “Stone Strong.” This motto served as a constant reminder that Stone was with them through the struggles they would face.

“These graduates enter the rare company of being part of a profession that asks them to give of themselves above others,” City of Suffolk Fire Chief Michael Barakey told Class 42. “They will serve so that others may live because firefighters serve without hesitation and without judgment. To do this, these graduates are dedicating themselves to the craft of firefighting and quality pre-hospital emergency medical care.”

Class 42 graduates received their duty assignments following the ceremony and have begun reporting to Fire Stations across the City of Suffolk.