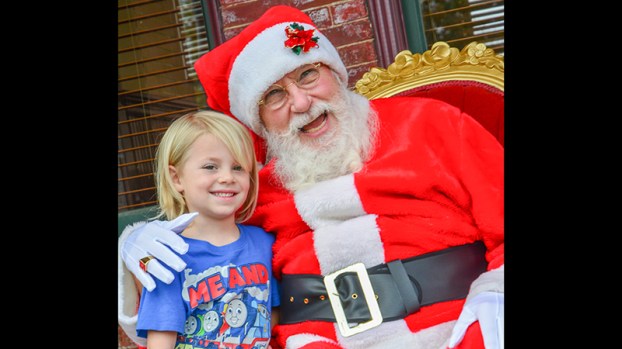 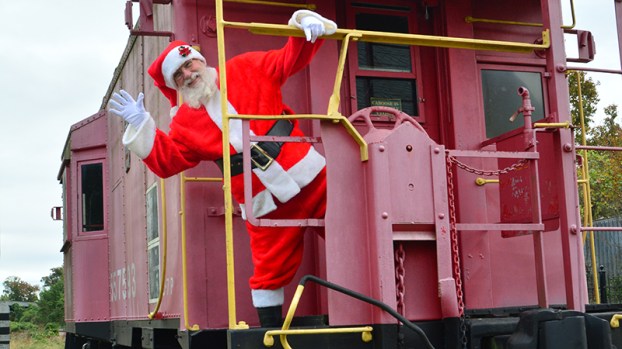 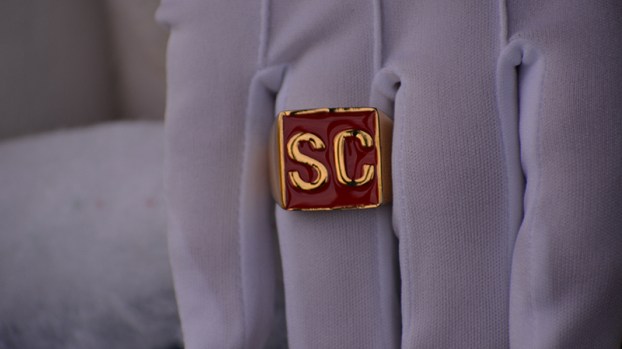 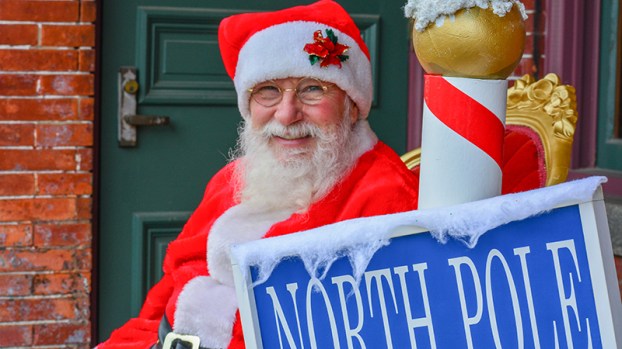 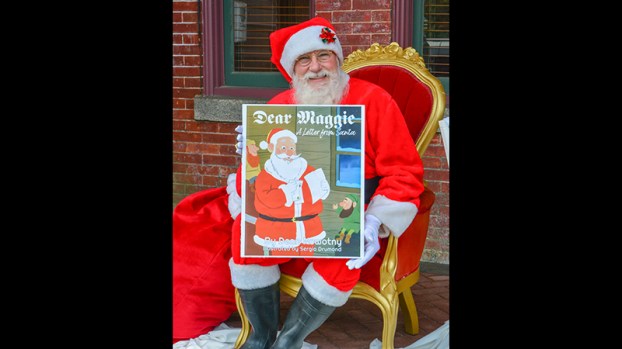 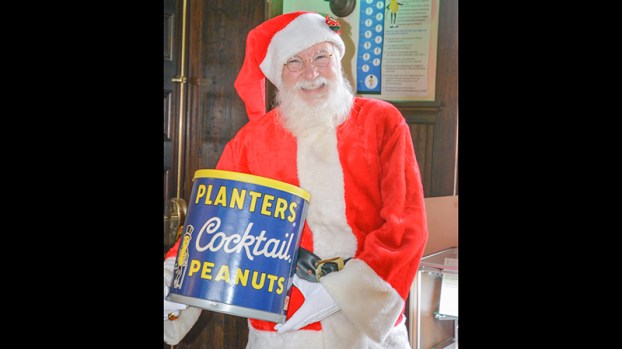 Dean Nowotny began believing in Santa Claus during Christmas holidays 64 years ago, when he was just 6 years old.

That’s when he and his older sister, Jane, tip-toed quietly down the long dark stairway night after night, flashlights in hand, to see if the red-suited man had visited their house yet.

They never saw ol’ Saint Nick, but they saw that their colorful stockings were full and presents were wrapped and waiting under the Christmas tree. So, with a sense of awe, wonderment and amazement, two little children began believing that Santa Claus might really be real.

“The proof was under our Christmas tree,” Nowotny said, “just like our parents told us.”

If there was ever any further doubt about his existence, it evaporated when Dean began seeing Kris Kringle time after time on television.

“We could get WMUR, channel 11, out of Manchester, New Hampshire, on our black-and-white television set,” he said. “It came in very poorly, with the screen rather snowy, which I guess was appropriate. They had a ‘Santa’ show where he would read letters from the kids who sent them in. He never read ours, but it was still exciting.”

As years passed and Nowotny grew older, his interest in Father Christmas, religion and helping others only grew stronger, as he became increasingly attuned to personal spiritual awakenings, lifting him up to what would become lifelong journeys into education, theology, writing, hospice care, human rights, performing as Santa Clause and raising money to help ill and disadvantaged children in this country and around the world.

“Two Christmases ago when COVID-19 was in full swing, I had to curtail almost all of my in-person visits,” Nowotny said, who turned 70 this fall. “Both my wife and I are in the high-risk categories, so I decided to go beyond Hampton Roads and I contacted children’s hospices, health centers, orphanages, etc.”

Using online video streaming, Nowotny makes virtual courtesy calls to Africa, Australia, Europe, Asia, South America, Caribbean, South Pacific and all across America. One of the first people to respond to his outreach was Sue van der Linde, founder and chairman of Iris House Children’s Hospice in Cape Town, South Africa. They agreed that Dean would try to raise money for the facility, which helps up to 658 children at a time.

“Some (donors) have already responded and the (Iris House) pump is primed with $350,” he said. “I am positive that when the season is over that I should have a few thousand dollars raised for them.”

Children in hospice care are usually near the end of their lives, said Nowotny, and Iris House offers them and their families much needed moral and emotional support. It provides holistic respite care services in its own hospice building and in the community, as participants are either picked up to receive daycare or a caregiver is sent to their home for six hours.

Nowotny’s compassion and desire to help other people led him, about six years after moving to Virginia, to start working locally with hospice care and now, with more than 13 years of experience, serves as a bereavement coordinator for Legacy Hospice, with offices in Newport News and Norfolk.

“I offer insight and encouragement to help those grieving a loved one,” he said. “This would include facilitating grief support groups and one-on-one help. We do have patients in Suffolk.”

As devoted and focused as Nowotny is to his humanitarian health outreach, much of his heart, energy and time goes into playing the role of Santa Claus, in-person and virtually, which he has done for decades.

Appearing before still and video cameras, this year he expects to virtually assist Santa about 50 times, at home and abroad, including in-person trips to local hospice patients and other nursing and hospice facilities. All proceeds he earns now as Santa, he said, are donated directly to Iris House.

“With COVID restrictions over, I believe there are people who want to make up for the last two Christmases, which had their challenges,” he said.

Nowotny remembers the first time he appeared as Santa — it was a one-day job at the age of 26 and his inexperience showed.

“I worked in a local department store in Waltham, Massachusetts, called Grover Cronin,” he said. “They had a Santa and an elaborate display for picture-taking. One day their Santa called in sick and I volunteered. It was not the best experience. My glasses did not look like Santa’s so I did not wear any. That’s not good. I remember ‘mis-gendering’ this girl and the mother was not very happy with me.”

Even though he may not be perfect, there are several reasons why Nowotny takes it upon himself every year to fill himself with Christmas cheer and slip into the spirit of Santa Clause.

“I like performing, which was one reason I started out at a theater college,” he said. “I love kids and enjoy making them smile and laugh; but I consider this a ministry and I will share the gospel, the true story of Christmas, with anyone who will let me. And finally, a good friend of mine, Kevin Hanson, who has been an excellent professional Santa, encouraged me to do it.”

Santa makes no distinction between religious denominations, Nowotny said, and many parents just want their children to find happiness in the holidays and throughout the year.

“Surprisingly, even if the family has no church affiliation, most parents want their children to know about Jesus,” he said. “Now, some families do not want that, and some facilities and other places need to keep a secular environment. But that’s fine; if I cannot bring the joy of the Lord, I hope I can at least bring some joy.”

Over the years, Nowotny, as Santa, has been welcomed at numerous Suffolk locations, including day care centers, residential homes and family parties and he hopes to visit many more.

“Since I am raising money for the children’s hospice in South Africa, I am trying to get as many engagements as I can,” he said. “I already warned my wife it is going to be a very busy season this year; it’s ideal that I am now semi-retired and that my work schedule is very flexible.”

Each of Dean’s performances as Santa is designed to be unique, entertaining and family-oriented. They may last for 15 minutes up to an hour, depending on how many questions the children have for him.

“I give families a number of options,” he said. “Do they want me to read The Night Before Christmas or not? I also always make it clear that Santa no longer smokes his corncob pipe. If they want a Christ-centered emphasis I might still read The Night Before Christmas, but this year I will be ready (with another option) my recently published book, ‘Dear Maggie, a Letter from Santa.’”
As if Nowotny isn’t busy enough with hospice work and being Santa, he’s also an author, having written several novels, including, “Dear Maggie,” to provide more context to Jesus’ life that people typically don’t know, he said.

“I wrote it out of a legitimate personal need,” Nowotny said. “I tried to find a good book for children that told about the true meaning of Christmas. I am sure they are out there but my searching was fruitless. I needed this to share with the children in my visits where I am free to share about Jesus. I wanted a book that did not stop at His birth but continued on to tell the ‘whole story.’

“If we don’t know why He came to earth then His birth is somewhat marginalized,” he explained. “So, in my book Santa, of course, tells of Jesus’ birth, but goes on to tell of his ministry, crucifixion, resurrection, ascension and his free offer of salvation. I wrote exactly what I needed. And in so doing, I think I filled a void; His story does not end in the manger.”

Debuting on Oct. 25 at $10 a copy, it has received good reviews, Nowotny said, adding that some are hailing it as a “new classic.” It is being printed “on demand” by BabyBooks and is available on Amazon.

“Like so many self-published authors, I do not have hundreds of copies of the book in boxes in the garage,” he said. “If you are an Amazon Prime member, there is no shipping cost. It should be $10 wherever it is sold, but there are varying shipping charges on other sites.”

A closer look at Nowotny’s life shows that he was born and raised in Gardner, Massachusetts, and lives in Eagle Harbor, in Carrollton, in Isle of Wight County, with his wife, Susan, a retired teacher for the deaf for Norfolk Public Schools. They have two children, Nathan A. Nowotny, a Virginia Beach resident and Amanda J. Hiltz, who also lives in Eagle Harbor.

“My first two years of college, I went to Emerson College in Boston,” he said. “It is very well known for programs in speech, theater and all types of media. Both Jay Leno and Henry Winkler were graduates. I then felt a call to vocational ministry and transferred to Central Bible College in Springfield, Missouri.

It was there that I met my wife, who ironically was also from Massachusetts. I received my BA in Bible from CBC. I eventually received my MA in religion, with honors, from Liberty University in Lynchburg.

“For over 25 years my wife and I were in full-time pastoral ministry in Massachusetts,” he continued. “That included a church, Faith Chapel, we founded in Bridgewater, Massachusetts, and where we stayed for 14 years. We eventually moved to Virginia and unbeknownst to us our two children and their families decided to move here as well.”

Locally, Dean and Susan Nowotny attend Southside Vineyard at 13390 Great Spring Road in Smithfield, where he sometimes preaches. Matt Havens, with his wife, Pam, are the pastors for the congregation of about 100 members.

“I am asking people to make their donation checks out to Southside Vineyard because with challenging situations going on in South Africa I am unable to send them checks,”Nowotny said, who is an evangelical Christian. “Our church has a Western Union account and they will send 100 percent of the donations to Iris House.”

Looking ahead, in addition to Iris House Children’s Hospice, Nowotny will this year virtually visit a place called “Isaiah” in the KwaZulu-Natal area of Africa, he said, which isn’t a hospice, but helps children who are abandoned, abused and who are HIV-infected, from birth to 18 years old.
He also will be virtually visiting at least three children’s hospices in Australia this year: Bear Cottage, in New South Wales; Hummingbird House, Queensland, and Very Special Kids, Victoria.
Regardless of where Santa goes to share his gifts, he takes with him messages of love and hope, whether people believe in him and his work or not; but he’d rather that they believe.

“I think if we are going to believe in Santa, he should be the compassionate, faithful man like his namesake was,” Nowotny said. “Too often this aspect is missing and he is portrayed as someone who is going to bring you anything you want, but he ideally wants to bring joy and love, in addition to physical gifts. I visit some older children who are on the cusp of no longer believing in Santa. I have had more than one parent express the joy that I got their child to believe in Santa at least one more year.”