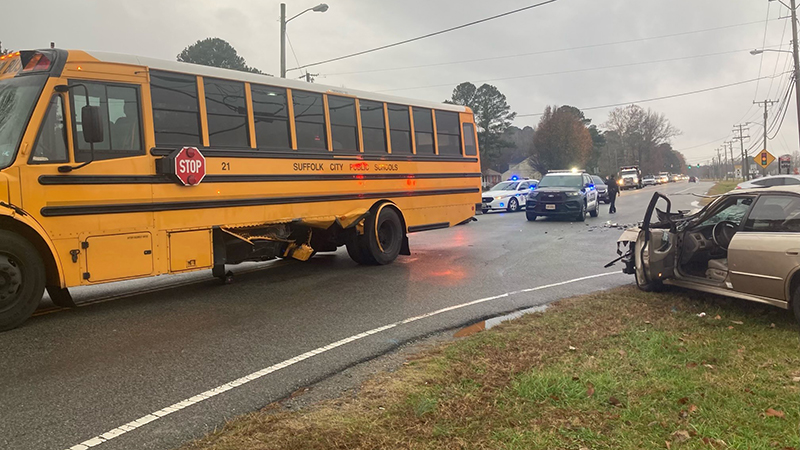 A Wednesday afternoon two-vehicle crash that involved a Suffolk Public Schools bus sent two to the hospital, including one student.

Suffolk Police and Suffolk Fire and Rescue responded to the scene of a two-vehicle accident involving a Suffolk Public School bus and another vehicle Wednesday, Dec. 7, according to a news release.

Emergency Communications was notified at 3:34 p.m. advising of the accident at the intersection of Nansemond Parkway and Sleepy Hole Road involving an occupied school bus and a passenger vehicle.

SPS arranged for alternative transportation for the remaining students on the bus.

Nansemond Parkway was closed in both directions for a time to allow for officials to investigate.

The investigation into the cause of the accident is ongoing. There is no further information available at this time.