Marion Alberta Shepley, 86, of 308 Flathead Trail, Edenton, went to be with her Lord on Dec. 5, 2009, at Chowan Hospital Skilled Nursing Center in Edenton. She was born in Indianapolis, Ind. on Sept. 4, 1923, the daughter of the late Grace Bell and Lloyd English Edwards. She was the wife of the late Edgar James Shepley.
Mrs. Shepley retired from General Motors as a skinner with leather. She was a member of the American Legion Auxiliary and the Eastern Star. Marion had a God-given gift of sewing and quilting, which she loved to do. She made countless quilts and baby blankets for those she loved and also for strangers. There are many people in this world who started out their life wrapped in love by Marion’s hands.
Surviving Mrs. Shepley are two daughters: Sharon A. Mealhouse, of Suffolk, Va., and Sandra Turner and her husband, Richard, of Garden City, Mich.; two sons: James Wayne Gajeski and his wife, Jackie, of Hertford, N.C., and James Shepley, of Levonia, Mich.; two brothers: Eugene Edwards, of San Angelo, Texas, and Leonard Edwards and his wife, Lorraine, of Stonewall, Texas; one sister, Betty Jane Jones, of Newport News, Va. Also left to cherish her memory are eight grandchildren: William T. Nichols Jr., Robert M. Nichols, and Michael B. Mealhouse, all of Virginia, and five all of Michigan; numerous great-grandchildren and a nephew, Jim Morton and his wife, Karen, and special niece, Chrissy, of Arrowhead.
Other than her husband, she was also preceded in death by her son, Richard Shepley.
She will be greatly missed by all. Friends may send condolences by visiting www.evansfac.com. Evans Funerals and Cremations of Edenton is serving the Shepley family. 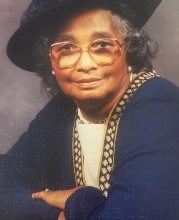