Raymond Hall Sr., 61 of Suffolk passed away Wednesday, June 23, 2010 at Sentara Obici Hospital.
He was a native of Suffolk and the son of the late Fred Douglas Hall and Della Hall. He was also preceded in death by his sister, Barbara Jean Ruffin and brother, Earl D. Hall.
He was a graduate of John F. Kennedy High School and attended Pruden Center of Industry and Technology. He retired as a fuel attendant at International Paper after 25 years of service.
He was a member of Antioch United Church of Christ, where he was a former youth director, member of senior choir and a Sunday school member. He was a member of International Brotherhood of Firemen and Oilers (Local 176).
He leaves to cherish his memory: his wife, Joyce A. Hall; one son, Raymond Hall Jr. of Suffolk; one daughter, Anesha Hall of Suffolk and a host of aunts, uncles, cousins and friends.
A funeral will be held noon on Tuesday, June 29 at Metropolitan Baptist Church officiated by Dr. Robert Hobbs and Rev. Jarvis A. Jones, eulogist. Entombment will be in Carver Memorial Cemetery. The family will receive visitors Monday, June 28 6– 8 p.m. at Crocker Funeral Home.
In lieu of flowers, donations may be given to American Kidney Foundation. Condolences may be extended to the family at www.crockerfuneralhome.com. 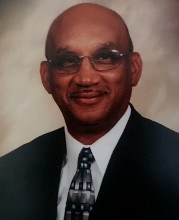