SUFFOLK — James G. Williams, of 727 Dutch Road, Suffolk, departed this life on Saturday, July 3, 2010 at his residence. A native of Nansemond County (now Suffolk), Va., he was born on Feb. 2, 1918. He was the son of the late Garrett and Iola Williams. In addition to his parents, he was preceded in death by his son, Cecil J. Williams.
He attended the public schools of Nansemond County, Va. He was employed by General Foods and retired in 1982. He was also the caretaker for the Holland Cemetery for a number of years. He served honorably in the U.S. Army during World War II.
Mr. Williams was a member of Laurel Hill United Church of Christ, where he served on the Board of Deacons. He was also a member of the Senior Choir, Combined Choir, and Sunday School Class No. 2.
He is survived by his wife of 56 years, Olivia Anderson Williams, of Suffolk; one son, Anderson Boone, of Suffolk; a special niece, Mary A. Williams, of Suffolk; three sisters, Mary E. Williams and Iola Williams, of Suffolk, and Marian W. Ferebee, of Norfolk, Va.; one brother, Ralph L. Williams (Ida), of Suffolk; two grandchildren; four great-grandchildren; two sisters-in-law, Arzulia O’Neal, of Sickerville, N.J., and Claudia Wright, of Portsmouth, Va.; nieces, nephews, cousins and friends.
The service of remembrance will be held at noon on Thursday, July 8, 2010 at the Laurel Hill United Church of Christ, 8001 South Quay Road, Suffolk with the Rev. Carl L. Sweat Jr. officiating. Interment with military rites will follow at the Albert G. Horton Jr. Memorial Veterans Cemetery. The body will lie in repose prior to the service beginning at 10 a.m. at the church. The family will receive friends at the residence, 727 Dutch Road, Suffolk. Professional services are entrusted to Crocker Funeral Home, Inc. Condolences may be extended to the family at www.crockerfuneralhome.com. 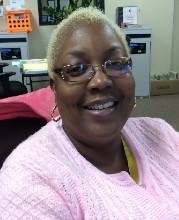 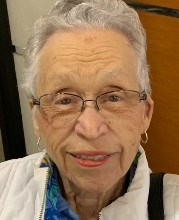