As the end of summer approaches, interns are wrapping up their assignments at workplaces across the city.

Next week, Suffolk residents will have the chance to benefit from the work of two interns at the Suffolk Law Library. The college students have prepared an Internet safety workshop that will be presented three times next week.

“I was a little concerned about what people were putting on the Internet and how it can affect their lives,” said Thomas Turner Jr., a Liberty University junior who hopes to attend law school after graduation. “We decided to explain to people about Internet safety and how to protect themselves — just keep people computer-savvy.”

The Internet safety course is open to the public Aug. 5 from 1 to 3 p.m. at the Workforce Development Center, 157 N. Main St., training room A. On Aug. 2 and Aug. 4, a child-friendly version of the workshop will be presented to students in the programs at Creekside and Mack Benn recreation centers.

Tommy Bluestein, the other intern at the law library, said the workshop also will touch on other technology laws, such as the recent prohibition of texting while driving and sending malicious text messages. Tips to guard against identity theft also are included, he said.

Turner and Bluestein, a student at Franklin Pierce Law Center in New Hampshire, both said their internships this summer have benefited them in numerous ways. Besides collaborating on preparing the Internet safety workshops, they have observed in the courtroom, helped with research and filing, learned how to use the Virginia code in law cases and shadowed lawyers and judges.

“We’re learning to use the Virginia code a lot,” Bluestein said. “That’s the law of the land. We’re also meeting countless numbers of influential, important lawyers and judges. That sort of thing is really neat.”

Besides his internship in the law library, Turner also is helping with filing and other administrative tasks at Suffolk General District Court.

Heather Harrell, director of the law library, said Turner and Bluestein learned that an Internet safety course was needed when a fraud victim came into the law library to learn what they could do about the forged money orders they had received.

“Because it was from outside the United States, there was nothing they could do,” Harrell said. “There was no jurisdiction whatsoever. That was really how it started. They were just shocked this stuff happened. You hear about it on ‘Dateline,’ but you don’t realize it’s local.”

Community outreach is an important component of the law library’s internships, which are offered every year, Harrell said. Instead of telling the interns what the needs are, she allows them to draw their own conclusions from observations — just as Bluestein and Turner did from the fraud victims.

“It makes them analyze what’s needed and then do something about it,” she said. “We always make them choose. They look at the community and see where there’s a need.”

People who plan to attend the Aug. 5 workshop should call Harrell at 514-7795 to register for the workshop. Space is limited, and a head count is needed for handouts, Harrell said. 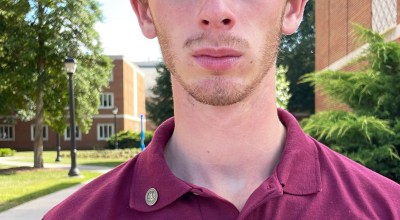