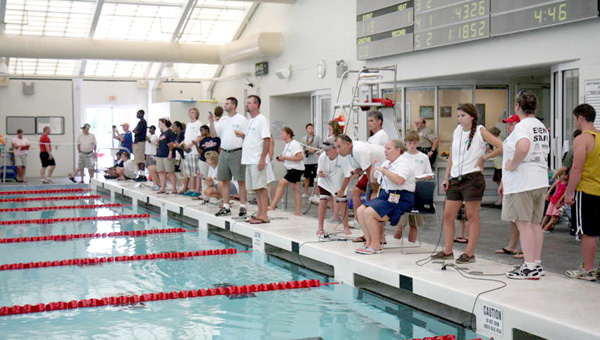 Parents pitch in: Nansemond Shark Swim Team parents donated their time during the AAU Junior Olympic Games participating as timers, stroke judges and as other officials at the swimming portion of the Games in Newport News.

The Sharks qualified based on their race times during the swimming season. The Sharks compete in the Western Tidewater Swimming Association.

Delaney Wright, 9, and Hunter Ward, 9, swam the breaststroke against 9-10-year-old swimmers from all over the United States and several foreign countries.

Team members were awarded medals or ribbons based on their placement during each event.

Many swim team parents donated their time during the weeks events participating as timers, stroke judges and as other officials to make the Junior Olympics a success.

For almost as long as Suffolk Golf Course has run along Holland Road, the Suffolk Women’s Golf Association has called... read more