Ready for the Slam? 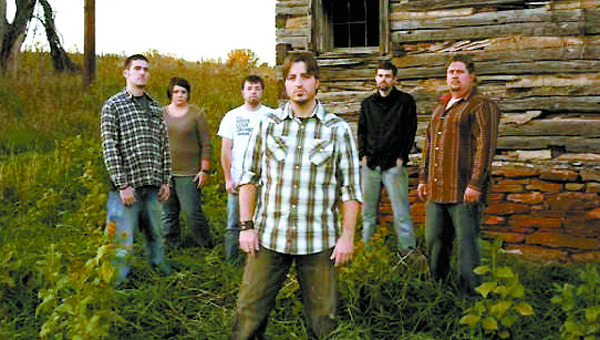 There’s only one more week left until the Suffolk Summer Slam, and Impact Suffolk is working hard to make final preparations for the event.

Helping with that process is the band Pursuing the Hero, a Lynchburg-based group that is donating its own full sound and lighting system to the event, as well as performing.

“It’s going to be a blast,” said Michael Justice, who does lead vocals and guitar for Pursuing the Hero.

The Suffolk Summer Slam will be held from 2 to 10 p.m. Aug. 28 at Bennett’s Creek Park. In addition to the bands and ministries, the event will feature a water balloon challenge and an appearance by nationwide Christian radio station K-LOVE.

Attendees are asked to bring a new school supply as the price of admission.

Pursuing the Hero began as a worship band in a college ministry at a Lynchburg church about six years ago. It began doing some Christian rock, and then eventually grew to do mostly Christian rock.

Since then, the band has traveled the roads between Lynchburg and Hampton Roads frequently, doing shows all over Virginia’s southeastern corner.

“We’ve done a few shows with some other bands that are going to be there,” Justice said, adding the band is in the process of recording its first album.

Other bands at the event represent a wide array of musical styles. They include Raiderz of the Lost, Hemotheory, VA Fire Team and more. YouthQuest drama and worship ministry from Liberty University will perform, and Invoke Skate Ministry will be on site. The Soar Dunk Team also will perform, and Suffolk native Isaac Terry will be the guest speaker at the end of the evening.

“He’s very excited about coming back and ministering to his community,” Anderson said.

Hemotheory, a Hampton Roads-based group, takes the time to minister on and off the stage, rather than just playing music, Anderson said.

“Discipleship is what really cued me in on them,” Anderson said. “They take time to actually minister while they’re there. They make sure there’s a message for them.”

One Hemotheory song has particularly stuck in Anderson’s head.

“They talk about dress,” he said. “How young men have baggy pants and young ladies dress provocatively. It’s entertaining, but it’s the truth. You don’t get that very often.”

Anderson compiled the bands and ministries who will perform at the event through groups he had seen in person, and those recommended by friends.

“Their ministries are tried and true, and they’re like-minded in that they want to share the gospel of Jesus Christ in their community,” Anderson said. “Every person that I’ve met with, they have a heart to serve. That’s the one common thread.”

For more information on the Suffolk Summer Slam, visit www.impactsuffolk.org.