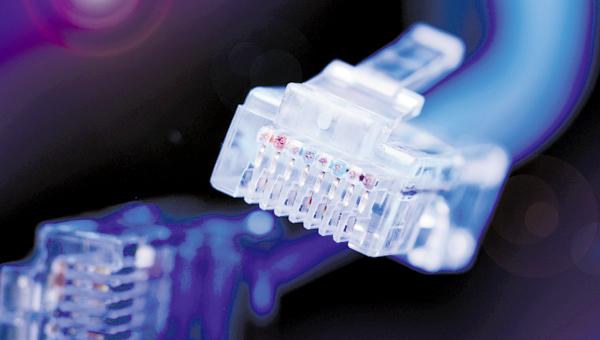 Part of the high-speed Internet network planned by Mid-Atlantic Broadband Cooperative will run along U.S. Route 58.

More than $10 million in federal economic stimulus funding will go toward the construction of a high-speed Internet network, part of which will traverse Suffolk along U.S. Route 58.

Mid-Atlantic Broadband Cooperative, which has its headquarters in South Boston, will use the grant money to install about 170 miles of fiber optic cable across several municipalities in southern Virginia.

Tad Deriso, president and chief executive officer for Mid-Atlantic Broadband, said the 170-mile segment to be built is the final piece of an open-access network stretching from Virginia Beach to the Cumberland Gap.

“This project is the linchpin of our entire strategy to help revitalize rural regions across southern Virginia and connect them to the rest of the world,” Deriso said Thursday. “Extending to Hampton Roads is a critical piece of our expansion plans to bring more connectivity to the network, which benefits our communities.”

Deriso said Mid-Atlantic Broadband currently has about 800 miles of network across southern Virginia. He said the new fiber optic line would start in Emporia and continue along U.S. Route 58 into Suffolk. Another line would be extended north from Wakefield into Surry County, then head east through Isle of Wight and Suffolk and terminate in Chesapeake.

Construction could begin within months. The new network lines would serve about 84,000 customers.

“All different kinds of carriers will be able to use the network at the same cost,” Deriso said. “It’s not just for our company. Our members that want to start providing broadband services to residential and business customers in these markets will be able to do so with this new fiber optic line.

“This is an underserved region that doesn’t have DSL, cable modems or any other broadband option.”

Wednesday’s announcement comes four months after Buggs Island Telephone Cooperative in Bracey was awarded $22.8 million in grant money to expand and improve existing broadband and voice communications networks to a large swath of southern Virginia, including Franklin and Southampton and Isle of Wight counties.

BIT officials said in May that the company could build as many as four service towers in the area to provide high-speed wireless Internet. The service should be available by late 2011.

The Mid-Atlantic Broadband project is one of 97 similar projects in 37 states that will receive federal stimulus funds. Collectively, the projects will cost about $1.8 billion.

Pow Wow drums up another success