Warriors on top — for now 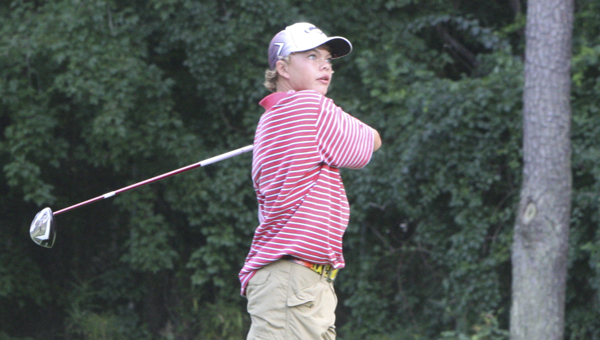 Craig Stephenson, Nansemond River’s coach, was looking down the road though. The scores the Warriors posted where good enough to get by Monday’s match, but likely not good enough should the Warriors do the same in a district or regional tournament round.

Through the front nine at Bide-A-Wee, the Warriors had four nice rounds going, with a pair of 38s and a pair of 40s at the turn. On the back nine, most of the Nansemond River scores found trouble.

Nansemond River’s No. 1 player, junior Travis Johnson, was the only Warrior to keep a steady round going. Johnson was the match’s medalist, finishing with a 4-over-par 76. Even within Johnson’s day though, he had to fight through a couple trying holes.

Johnson birdied Nos. 9 and 15, two of Bide-A-Wee’s shorter par fours. On the other hand, Johnson made a triple-bogey on each side.

All around the course it was a day of highs and lows for the Warriors. Gene Hong, whose score wound up not being in NR’s four counting cards, eagled No. 11. Hong drove the green on the 292-yard par four and made the eagle putt.

Bryce Strong, a freshman who’s been a pleasant surprise for the Warriors, starting in their first match of the season when Strong shot a team-best 76 in a 312-312 tie with Western Branch, was on pace to be Stephenson’s low golfer.

Strong birdied the par-five No. 17, playing three simple-looking shots down the middle of the fairway and onto the center of the green before draining a 20-foot putt for his four. The birdie put Strong 3-over-par for his round and 1-under on the back nine.

Strong found out of bounds and a water hazard on No. 18 and finished his round with a nine for an 80.

For the second match in a week, the Cavaliers set a new team low for coach Brandon Frye’s two years with the team.

Shanice Mason’s 83 and Jacob Foster’s 88 made up the rest of the Warrior score.

“When we’re in a match where we pretty much know we’re going to win, we drop our focus a little and treat it like a practice day,” Stephenson said.