Warner: Focus on military, not jobs 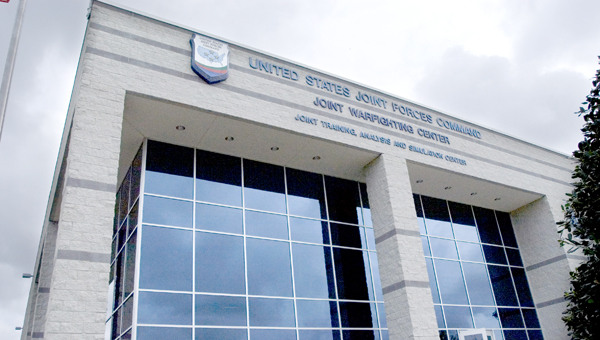 The process by which many feared a proposal to close U.S. Joint Forces Command would get approved hastily seems to be slowing down.

Even so, Virginia’s elected officials still are working on a unified response to the proposal. Warner said the battle should be fought on the basis of national security, not regional economics.

Virginia’s congressional delegation also received word Thursday that the Department of Defense will hold a briefing Sept. 8 on the closure proposal. The meeting will include representatives from the offices of Sens. Warner and Jim Webb, Congressmen Randy Forbes, Glenn Nye, Bobby Scott and Rob Wittman, and Gov. Bob McDonnell.

“I think we’ve got a real chance,” Warner said after a meeting with other elected officials on Thursday. “I think everybody came away feeling like we now have a plan.”

Warner said the meeting engaged private sector partners like Lockheed Martin and Northrop Grumman. A list of priorities and legal options also were laid out, he said.

“We’re going to pursue the track to get the secretary or the president to reverse the decision,” Warner said. “If we can’t, we want to make sure those component parts get maintained in the region.”

Warner stressed that a successful strategy to keep the command in the area will be based not on regional economic loss, but on what is best for the military and the national budget.

“We can’t just sing the blues that we’re going to lose jobs,” Warner said. “We’ve got to make the case that keeping the command is in the best interest of our military, and it’s going to save money.”

Warner added that JFCOM will be needed now more than ever as troops returning from Iraq and Afghanistan share their experiences.

“Where are you going to put into training the lessons learned from Iraq and Afghanistan?” Warner said. “I think we’ve got a real good case to make. We’re going to speak with one voice on this.”

Also Thursday, the governor’s office announced its Commission on Military and National Security Facilities, which will hold its first meeting Sept. 3 in Richmond. The advisory panel, formed by McDonnell, will assist the administration in developing strategies to retain and grow military and national security installations in Virginia, including JFCOM.

Upon specific request by the governor, the commission’s first priority is to establish a sub-panel focusing on JFCOM, according to a press release from the governor’s office. The smaller group will include individuals “most knowledgeable regarding the current functions at JFCOM and the military need for these services,” the release said.

School Board to meet with Council