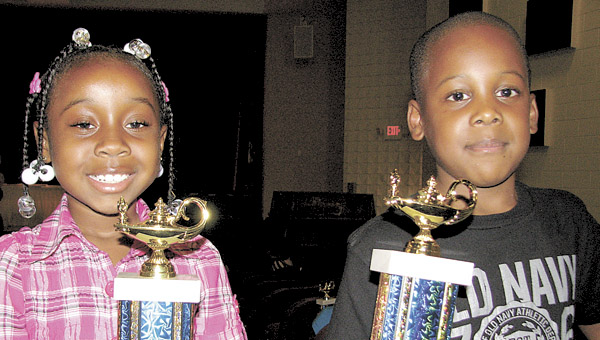 About 247 young people who made the honor roll in at least one quarter during the 2009-2010 school year were on the list to receive medals and trophies for their accomplishment. In addition, 19 adults who have been continuing their education after high school were honored.

“This is just the housing authority’s way of acknowledging the achievements of all the children,” said Clarissa McAdoo, executive director of Suffolk Redevelopment and Housing Authority. “It lets them reflect about how well they did last year, and it’s getting their minds ready for the coming year.”

“I feel great and happy,” Taniquia Eley, 13, a student at John F. Kennedy Middle School, said after receiving her medal. “I did my work, I stayed focused, and I did a great job on my work,” she said.

Jasmine Hill, 12, also a JFK honor roll student, said she wants to become a movie star, and she knows that will require “getting good grades and doing my homework.”

After the ceremony, the students were treated to refreshments and competed in a raffle for brand-new backpacks stuffed with school supplies.

This is the 14th year the housing authority has honored its youth. Honoring the adults, however, started later.

“We started out with the youth,” McAdoo said, adding that two adults honored were earning their bachelor’s and master’s degrees. “We thought it was good to show the kids you never stop learning.”