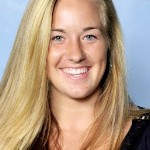 Yandle, who scored six goals last season, scored both tallies on penalty corners in the second half. Yandle’s goals took the score from 2-1 to 4-1. The Lady Captains outshot RMC 40-7. Sophomore midfielder Breanne Lowe (Nansemond River) came on as a substitute for CNU.

Radford’s field hockey team improved to a 3-0 start on the season with a 6-0 win against visiting Siena Wednesday.

Junior defender Lynsey Daughtrey (Lakeland) got her first point of the season, getting an assist, the 11th of her RU career.

Radford plays at William and Mary Sunday at 2 p.m.