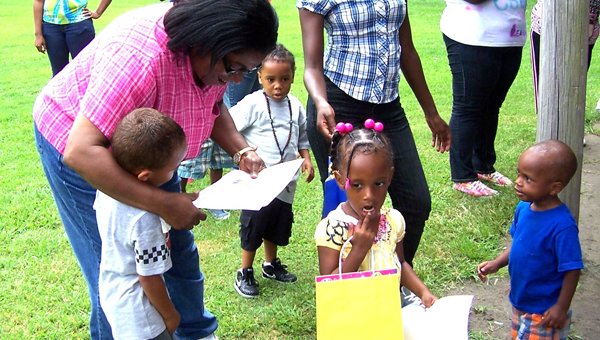 The Children’s Center will use more than a million dollars in federal stimulus money to expand its Early Head Start Program in North Suffolk and to renovate its Franklin location.

The Children’s Center is expanding its Early Head Start program by 100 children and eight pregnant women across Western Tidewater after receiving expansion dollars through the American Recovery and Reinvestment Act of 2009, according to Tamie Rittenhouse, Early Head Start coordinator for the Center.

The Center has received an additional $1,089,084 in federal grant dollars for renovations in Franklin and to build an addition on to the Suffolk Children’s Center at 300 Executive Court off of Wilroy Road.

The Early Head Start program provides early childhood education, family and health services to low-income pregnant women and families with children under the age of three. All children are provided with developmental screenings.

Services for the families are offered through a variety of options, including full-time and part-time childcare and home visits for parent education and support. Children who have disabilities are included in the program.

“After doing research for this project, we have determined that we might be missing children from the northern Suffolk area,” Rittenhouse said. “We are asking for those families to give us a call to determine if they are eligible for these services.”

The expansion marks the second increase in Early Head Start funding for the Children’s Center. The Center also received EHS expansion money in 2000.

The Children’s Center is a private, nonprofit organization serving families in Suffolk, Isle of Wight, Franklin and Southampton since 1983. The Center serves children of all levels of ability, including those with disabilities and those who are economically disadvantaged.

The Children’s Center’s mission is to nurture and educate children and their families through a professional staff dedicated to enhancing each child’s potential with creative, quality programs, officials said.

The Children’s Center also provides early intervention to infants and toddlers with delays in development, licensed pediatric therapy and licensed community childcare for children six weeks to 12 years of age. These programs are provided in the child’s home and in integrated settings at five sites throughout Western Tidewater.

An energy company has wasted no time in making the city’s first application for recovery zone financing. A public hearing... read more