Taste of Suffolk comes to town 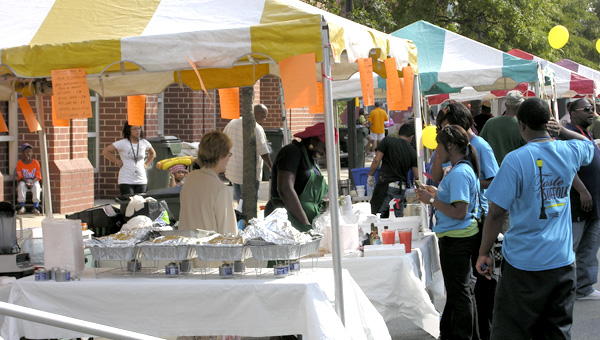 The streets of downtown Suffolk will be as full as the stomachs of the people there this weekend.

Many downtown restaurants are opening their doors and others are bringing their business downtown to participate in the fourth annual Taste of Suffolk Saturday from 10 a.m. to 5 p.m. on North Main Street in historic downtown Suffolk.

“It’s a blending of the best of Suffolk’s flavors,” said Suffolk tourism development coordinator Theresa Earles. “It’s a great opportunity to spend some time with family and friends, stimulate the local economy and support local family restaurants. They’re the heart and soul of the dining community downtown.”

In addition to the restaurants and 30-plus vendors, there will be live entertainment on the two stages, jalapeño-eating and peanut-shelling contests, Baron’s Pub’s “Baronator” challenge and children’s activities.

Children will be entertained by a tumble bus, miniature golf, face painting and a video game bus.

“Between the food and everything else going on, there’s something for everyone to enjoy,” Earles said.

The event began four years ago with about 1,000 people in attendance, a handful of vendors and restaurants.

This year, officials are preparing for 3,000 people to come through the area.

“It’s just grown and transformed in so many ways,” Earles said. “We have a great framework for the event, and through the years we just keep polishing it. Each year it just gets better and better. The workdays after last year’s events, I already had vendors handing in applications for 2010.”

For those coming out, parking will be available in municipal parking lots in the downtown area, including behind the Godwin Courts building and along Washington and Saratoga streets. The Suffolk Center for Cultural Arts lot also will be open.

The event is free and open to the public.

Crab pickin’ for a purpose

Downtown Suffolk will have double the fun this Saturday. After the Taste of Suffolk, Suffolk 60 Care will host its... read more