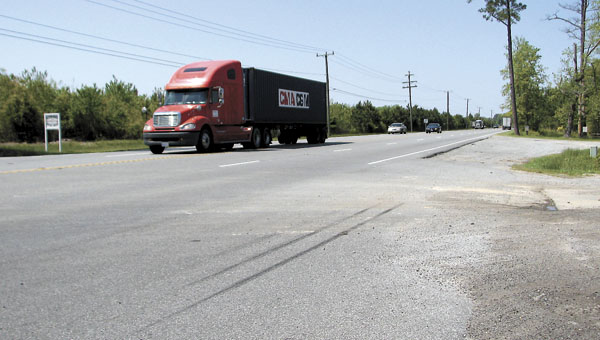 Road upgrade: Three companies have submitted proposals to the Commonwealth Transportation Board for construction of a replacement road for Route 460. The state has 30 days to evaluate the proposals before sending them to an independent panel.

The Virginia Department of Transportation has received three conceptual proposals from firms vying to develop a new U.S. Route 460 between Petersburg and Suffolk.

VDOT announced Thursday that it had received proposals from Cintra Infraestructuras S.A.U., 460 Partners Inc. and Multimodal Solutions LLC. VDOT has up to 30 days to evaluate the proposals to ensure that each meets certain specifications and requirements.

Proposals meeting the requirements will move on to a review by an independent panel.

In May, VDOT Commissioner Gregory A. Whirley terminated the previous procurement process that started in 2006 due to changes in market conditions.

The new procurement calls for the project to be funded solely through tolls, and it would give the developer control of the new road for an initial term of up to 75 years, with the potential to extend that control for up to 99 years.

In another bow to the commercial viability of the project, the CTB assumes in its new procurement that the 55-mile, four-lane, limited-access highway — which would stretch from Route 58 in Suffolk to I-295 in Prince George County — would initially have interchanges only at each end.

The issue of interchanges was a particularly sticky one for communities along the path of the proposed road during public hearings held in support of the earlier procurement. Elected leaders and economic development officials worried that a lack of exits would mean a loss of commerce in their communities.

The new procurement document states that the commonwealth would accept a “phased approach to develop the project and a minimum scope of work for the first phase.”

Planned interchanges at Route 258 in Isle of Wight, Route 616 in Southampton, Routes 602, 40 and 620 in Sussex and Routes 156 and 625 in Prince George could be added later, “as funding becomes available,” the document states.According to VDOT, the U.S. Route 460 project remains a high priority because of its importance as an emergency and hurricane evacuation route, for strategic military connectivity, the safety of the traveling public and the movement of freight in and out of the Hampton Roads ports.

The new 55-mile, four-lane divided highway would be developed south of the existing road from Interstate 295 in Prince George County and Route 58 in Suffolk.