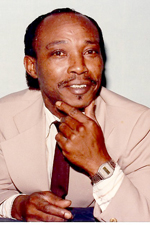 Dennis Sweat, 65, of Waldorf, Md. passed away Tuesday, Sept. 14, 2010 at Southern Maryland Hospital in Clinton, Md. He was a native of Nansemond County, Va. and the son of the late Matthew L. Sweat and Annie M. Sweat. He was predeceased by one brother, Leondrus Sweat.