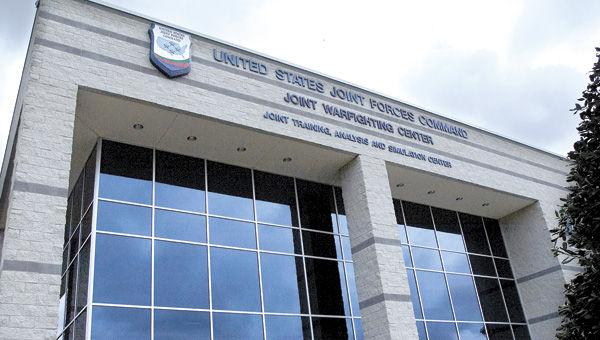 Washington trip: City leaders announced Wednesday they will visit congressional hearings on U.S. Joint Forces Command in the nation’s capital next week. Defense department leaders are expected to give details on a recommendation to close the command.

City staff will be in attendance at congressional hearings in Washington, D.C. next week on the proposed U.S. Joint Forces Command closure.

City Manager Selena Cuffee-Glenn said she and other city officials plan to be there when legislators demand answers from key Department of Defense personnel on the recommended closing. The visit will be part of the city’s strategy to reject the proposed closure.

“Everybody’s been waiting for this,” Mayor Linda T. Johnson said during the City Council retreat Wednesday. “I think we all wish we knew more, but hopefully this will be the beginning of seeing more information.”

Defense Secretary Robert Gates has recommended shutting down the command, which employs 2,200 in Suffolk, as part of a package of cost-cutting initiatives. The command trains warfighters to work jointly in the field with those from other services and countries.

At next week’s Senate and House armed services committee meetings, those expected to testify include Deputy Secretary of Defense William J. Lynn III, Undersecretary of Defense Ashton B. Carter and General James E. Cartwright, vice chairman of the Joint Chiefs of Staff.

The Senate and House hearings will take place on Sept. 28 and 29, respectively. Also on Sept. 28, Gov. Robert McDonnell and his staff are expected to meet with Lynn, Carter and Cartwright.

The city’s threefold JFCOM strategy also has city officials looking for ways to retain critical elements of the command if it is dismantled, and envisioning options to attract other companies to replace the jobs and economic effects if the command is shuttered altogether.

The process under which the recommendation was made has been shrouded in secrecy since the beginning, legislative leaders say. Among others, Rep. J. Randy Forbes (VA-04) has blasted the way the process has unfolded.

“I am even more disturbed that this unprecedented secrecy at the Pentagon has resulted in a blatant disregard for Congress — the very body that is tasked with oversight to raise and support our national defense,” Forbes said in a press release last week.

He elaborated on his concerns more in a meeting with the North Suffolk Rotary Club Friday.

“Every one of the members of Congress thinks there was no analysis done on this,” he said, explaining that he believes defense cuts were made in order to pay for President Barack Obama’s ambitious social agenda. “They have no analysis to give us. They’re working hard to create one now.”

Suffolk Deputy City Manager Patrick Roberts agreed there has been no established process.

“The process that’s been laid out is haphazard at best,” Roberts said at Wednesday’s retreat.