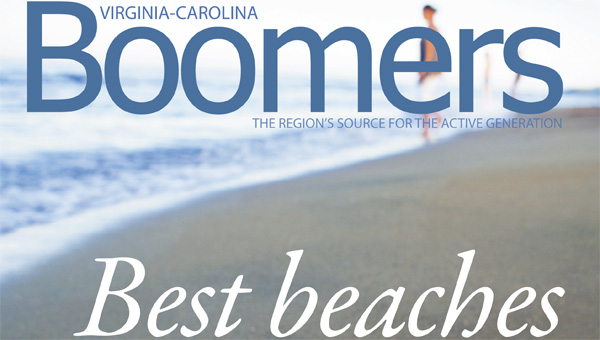 Suddenly, Baby Boomers — the generation that grew up during the Age of Aquarius — are the people over 30 they once thought they shouldn’t trust. In fact, the youngest are in their 40s, reaching new heights in their careers. Others are just beginning to think about retirement, and they’re wondering about the value of their homes and how much money they’ve built up in their IRAs.

They may be ready to retire, but they’re not ready to give up living. Boomers have time and money to spend, and they want to stay active.

Suffolk Publications and its sister companies in Franklin and Ahoskie, N.C., have launched a new magazine in today’s paper aimed at serving the generation that’s just now coming into its prime.

“We’re excited to be publishing this first edition of Virginia-Carolina Boomers,” Editor Res Spears said Tuesday. “As a Baby Boomer myself, I’m looking forward to having a regional magazine with content and advertising that’s specifically targeted toward my own age group. And I’m glad to be able to lend my perspective to it.”

According to population statistics, those over the age of 45 make up 50 percent of the area’s population — and that figure is only expected to rise.

In the Suffolk and Western Tidewater areas of Virginia and the Gates and Hertford County areas of North Carolina, that age group is expected to grow even faster than average.

That age group is the target audience for “Virginia-Carolina Boomers.”

“Virginia-Carolina Boomers” is a locally produced magazine with content that reaches far outside of the region’s coverage area. It will be published twice a year and inserted into the Suffolk News-Herald, the Tidewater News and the Roanoke-Chowan News-Herald, giving the magazine a distribution of 30,000 from the start.

The content of the magazine will focus on overall quality-of-life topics, such as travel, home and garden, healthy living, entertainment and more.

“One of the things we’ve learned about Boomers in our coverage areas is that they like to get out and explore the world around them — they’re staying active in the face of career pressures and even retirement,” Spears said. “We’ll be taking a regional approach to our content to help them satisfy that curiosity, and we’ll be working to make sure our business partners throughout the region have a chance to get their messages in front of this group of discerning consumers.”

One of two victims of a Sunday shooting remains in serious condition at a Norfolk hospital. Richard Edwards was shot... read more