Rain to continue through tonight 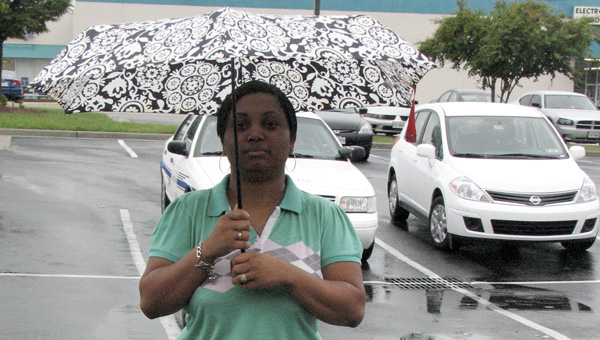 Samantha Little breaks out her umbrella to take cover during rain Wednesday.

Following three days of heavy rain, a flash flood watch issued for Suffolk and surrounding areas on Wednesday will remain in effect through the afternoon today.

A flash flood watch means that conditions could develop that lead to flash flooding. People living in areas prone to flash flooding should monitor forecasts and be prepared to take action to protect themselves and their property. Motorists should be aware of the possibility of flooded roads, which should never be crossed, according to a National Weather Service advisory.

A series of low-pressure systems has brought heavy rain to the area this week. Rainfall over the region is expected to total between 3 and 5 inches, with the potential for locally higher amounts. Heavy thunderstorms could come with the subtropical low-pressure system.

Tropical Storm Nicole, initially a concern for the weekend, dissipated near the southeast tip of Florida at 5 p.m. Wednesday, according to the National Hurricane Center. However, tidal surge still is possible throughout the area.

The National Weather Service forecasts heavy rainfall for Suffolk through Thursday night. Weekend skies should be mostly clear, with a chance of showers returning Monday and Tuesday.